The Heist deserves to be a hit 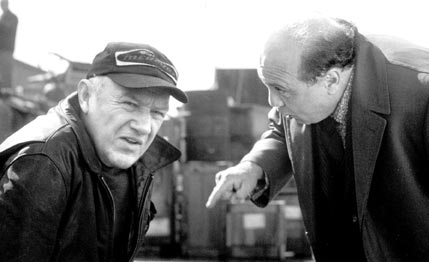 A few months ago it was The Score, now its Heist and it wont be long before Oceans Eleven hits a big screen near you. The caper film is alive and thriving.

This is a good thing.

If you liked The Score, the similarly named Heist should offer you some enjoyment. The title is not that imaginative. By my count, there have been three other movies with the same name, some add The.

Youd think the filmmakers could come up with something a little more original. This movie is not a remake; its written and directed by Pulitzer Prize winner and Oscar nominee David Mamet.

The title is not original and the plot is pretty much standard caper fare, but its all acted and put together so well that those shortcomings dont matter.

What might matter to some, though it did not stop this reviewers enjoyment until well after the movie was over, is the fact that as clever as the dialogue and double crosses are  there are discrepancies in logic as large as Enrons financial problems.

What makes you not notice the holes until later is Hackmans commanding performance and Mamets snappy, sharp and twisted writing. Like DeNiro in The Score, Hackman commands attention just by being on screen. He may not be as young as he was as Popeye Doyle in the 1971 The French Connection, but hes just as tough and intriguing.
For some, he might even be considered just as sexy. Hackmans always had an every man, non-movie star appeal. He can be scary and rough or he can be vulnerable and sensitive. His competency and intelligence shine through from The Poseidon Adventure, Hoosiers to Get Shorty and The Replacements.

Hackman is the honorable, good guy  bad guy. We root for him all the way, even when he is robbing, beating and yelling. He does a lot of yelling.
Its his reluctance to kill an innocent during the jewelry store robbery which starts the film that gets him caught on security cameras. Hes made.

He wants to leave the country with his share of the booty from the score  they all talk that criminal lingo: burned, score, suit up, made, so on  with his woman played by Rebecca Pidgeon. Many question what she sees in him since shes so much younger and a bit of a hottie. Pidgeon has been in other Mamet films.

Danny DeVito plays the fence who sets up the jewelry store job. Its the classic gangster scenario of a main man wanting to go straight, but he keeps getting pulled back in  for one last job, hit, score, whatever.

So he has to do one more job to get his share from the DeVito character, but theres a catch  he has to add DeVitos slimy henchman, played by the all too slimy Sam Rockwell, to his crew.

It is not just Hackman and Mamets skills that shine in Heist, the rest of the cast is equal. Pidgeon is excellent as Hackmans wife.
But in pursuit of the one big last score, he leaves himself open when he sends her to the other side to gather info and divert attention.

Its easier to trust the always-interesting Delroy Lindo, Hackmans long time associate, than it is his pretty young wife, but than maybe not. Ricky Jay (another Mamet regular) gets some of the best lines as the clean up man of the crew. It is worth the price of admission just to see how good a cut off man he is.

Heist is a lot of fun. Its kind of a Monsters Inc., just for adults.

Rated-R for language and violence