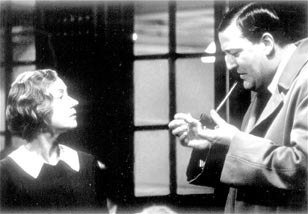 In the big picture of life, the Academy Awards dont really mean much, but for movie lovers the world over and, of course, for those directly involved, the Oscars sure are a fun time of speculation and second guessing.

Three of the five best picture nominees have been reviewed on these pages during the last few months: Beautiful Mind, In the Bedroom and The Lord of the Rings: The Fellowship of the Ring. This reviewer has yet to see Moulin Rouge, which is currently the only nominated film not in theaters. It is on video.

Its definitely worth going to a theater to see the fifth nominee Gosford Park, the richly layered story of English aristocrats and the staff that serves them, not that Im so sure it deserves to be nominated for best pic. I would have put Black Hawk Down or Memento in its place.

In any case, Gosford is a lot of fun down at the old English manor. Its neither stuffy nor boring, as many Americans tend to think of English period pieces. Directed by Robert Altman (The Player, Short Cuts) it can be confusing, but never boring.

The fact that its not always easy to tell who is who and what is being said  lots of overlapping dialogue, an Altman trademark  does not distract from the satisfying experience of watching the large ensemble cast fight, flirt and even murder. Do try to keep up with who is who and who they serve  its worth it in the end.

The great English actress Helen Mirren (The Mosquito Coast, Teaching Mrs. Tingle) plays Mrs. Wilson the main housekeeper. She has an interest in the visiting valet Robert Parks played by the handsome brooding Clive Owen (Croupier). They are the heart of the large cast, not that theres any romance between them.

There is plenty of hanky-panky going on, including between the head housemaid (Emily Watson) and the much older, married owner of Gosford Park.

To illustrate how the servants are thought of, when one of the above the stairs liaisons is noticed by a worker, the man responds Dont worry, its nobody.

Of course, the servants are people too, and the lives of the below stairs crew mirrors in many ways whats going on upstairs  the trappings might not be as grand, but the happenings are just as interesting.

Altman works it so that everything we see upstairs is through the point of view of the servants. One might not notice it at first, but it keeps things interesting and unique.

Its hard to reveal much of the plot without giving something away. Plus if many more details are given Ill need a lot more ink to explain who is playing who and how they are involved in the whole big mess of a country weekend at Gosford Park.

Mirren and Maggie Smith, as the ill-humored Constance, Countess of Trentham, both are nominated in the supporting actress category. They deserve the recognition, but really, the whole cast  mostly English  is quite enjoyable. Ryan Phillippe ( I Know What You Did Last Summer, Cruel Intentions)  a non-Brit  was an interesting choice to play an odd young valet, but he pulls it off.

Also memorable is Stephen Fry (Wilde) as the detective who can barely get a word in edgewise and when he does, he says something asinine. It has been a month since Ive seen Gosford Park and it still makes me smile thinking about him.

In addition to the picture nomination and the actresses, Gosford garnered nods for director, original screenplay, art direction and costume design.