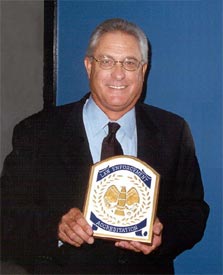 Sheriff Tommy Thomas is proud to announce that the Harris County Sheriffs Office has been awarded accredited status through the Commission on Accreditation for Law Enforcement Agencies, Inc. (CALEA).

After a thorough on-site examination of all aspects of the Harris County Sheriffs Office, including policy and procedures, management, support services, and operations, CALEA officials noted that the agency is a full service law enforcement agency dating back to a time before Texas was a part of the United States. It has evolved into a modern agency that enjoys a great deal of citizen trust and support. The assessors found the members of the agency, both sworn and nonsworn, to be enthusiastic and highly cooperative.

In completing its final report to the Commission, CALEA officials recommended that the Harris County Sheriffs Office receive full accreditation status and concluded that, The assessors feel that Sheriff Thomas has fully embraced the concepts of accreditation and his agency is recommended for approval.

At the 2002 CALEA international conference, the Harris County Sheriffs Office was awarded the designation as an Internationally Accredited Law Enforcement Agency.

Sheriff Thomas is so proud of the accomplishments of his employees and their dedication to professional excellence that he has ordered the CALEA accreditation logo be displayed on Sheriffs Office patrol vehicles.