Texas has another chance to prove themselves against Oklahoma 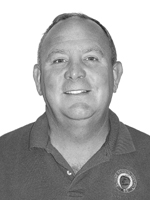 END_OF_DOCUMENT_TOKEN_TO_BE_REPLACED

NORTHEAST Civility and intelligence hallmarked the performance of the three leading mayoral candidates at the debate held for the North Houston Greenspoint Chamber on Thursday. Moderated by Channel 13s Melanie Lawson, questions were fielded both from her and the audience.
Each candidate had an opportunity to present their credentials and positions, answer some questions, and respond to each others comments.
The meeting room at the Holiday Inn Airport was packed, and most chamber members seemed to feel they had gotten a good first-hand introduction to the candidates in an important city election.
Major issues that were brought up for discussion included traffic congestion, and Metros rail plan and bonding election; the general quality of life in Houston; the efficiency or lack of same in the current city hall government; proposed tax cuts; property valuations; the $2 drainage fee; flooding; health care services; crime; the DNA lab; the poor operation of the Citys 9-1-1 dispatch center; job availability and growth; and pay raises for public officials.

Many of the candidates positions are well-known by this time, but audience members got an opportunity to sense the personal commitment and understanding that each candidate would bring to the issues.
All three said they were in favor of rail transit, for instance, but only oneTurnerwould support the current proposal by Metro. Although flawed, he said, it is a step in the right direction. He pointed out that other cities in the U.S. are getting transit dollars, and we are losing millions to them. Both Sanchez and White said that they favored some rail system, but not the one that Metro has put on the ballot. They questioned the budgeting figures that have been presented.
On traffic, Bill White said that he considers this the number one problem for Houston. He stressed that congestion affects our ability to grow, and said that his 43 point plan, which is available to see on his web site, would reduce commute time by 10%. Sanchez said his plan was common sense, not permiting contractors to tear up roads, letting police clear roads of accidents, and so on.
On taxes, the candidates took different approaches. White said after a cut, we need better fiscal management and tax relief for seniors. Sanchez wanted a tax cut, and to raise the exemption for seniors. Turner said NO to a tax cut, because the question then becomes, where do you cut the budget for services?
Turner stated that flood or drainage relief should be a basic core service of the city, not financed by an added fee. Sanchez agreed, and said flood control needs to be a city priority, as it is in the county. Whites position was that we would pay for flood relief by refinancing city debt, much as in private business.
On Taxes, Sanches pointed out that we have had an 89% increase in our tax bill in the last 6 years, and spending at City Hall is out of control. He would support a tax cap, and cut the city budget. Turner said he wanted performance based budgeting, or so-called zero-based budgets, where each department must justify their expenditures each year, or get nothing.
Turner said that Houston needs more federally funded health clinics, that Houston had 3 while Chicago had about 40. All the candidates cited the problem of low immunization rates in Houston and Texas as a major problem. Sanchez and White both thought the health care problem could be solved better if the City and the County worked together on clinics and health services.
On Crime, White said that public safety should be the number one priority of city government. Turner and Sanchez pointed out the problem that is imminent of large numbers of parolees about to be released, and the need to work with the state to minimize the impact on crime in the city.
Closing statements of the three included:
White said Houston is a great city of opportunity, that allows everyone to get ahead.
Turner pointed out that he grew up in Acres Homes, and if you work hard, you can do anything.
Sanchez felt that Houston is at a crossroads, and need my experience at city hall.
In closing, Melanie Lawson pointed out the ethnicity of each candidate, and how Houston can accept and thrive from a population that is diverse. Each candidate agreed, and thanked the Chamber for the opportunity to present their ideas.

END_OF_DOCUMENT_TOKEN_TO_BE_REPLACED

ALDINE During a special called meeting on Oct. 2, the Aldine ISD Board of Education approved the 2003-04 tax rate at $1.668 ($1.57 or the maintenance and operation fund and $0.098 for the interest and sinking fund) per $100 valuation.
The new rate represents a 5-cent increase from the 2002-03 tax rate. The increase was needed to help the district recover funding that it has lost from the state of Texas and to continue providing a quality education for Aldine ISD students.
State funding is based on property values and Aldine ISDs has increased $9 billion. As property values go up, Aldine ISD receives less money per student from the state.
This year, state revenues are projected to be $65 less for each student from the per-student average of $4,029 from last year, which would create a deficit of about $3.5 million for AISD.
District officials said $.038 of the tax rate increase will go to cover the projected loss in state funds. The districts tax rate remains the second lowest in Harris County.
Homeowners will face a minimal increase on their property taxes. For example, the owner of an $80,000 home will pay about $32 more in taxes than they paid last year. Homeowners with the $15,000 Homestead Exemption (which must be applied for through the Harris County Appraisal District) will see less than a 3-percent tax increase and homeowners 65 and over whose rates are frozen will pay no increase.
The tax rate will help fund the districts 2003-04 school year budget of $358,964,878, which was approved by the school board earlier this year. The budget is $18.3 million lower than the 2002-03 budget.