Busy preparing for the Job Fair 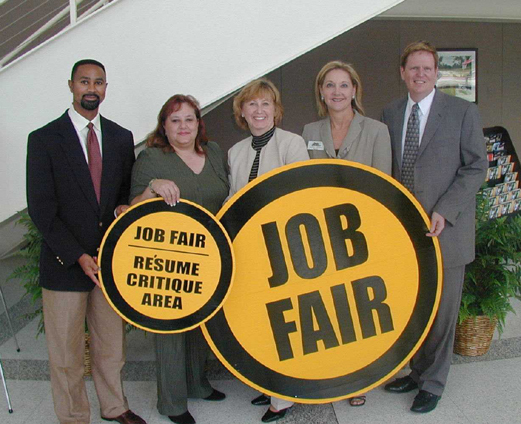 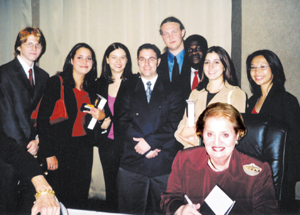 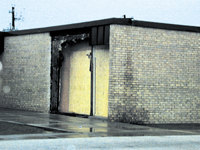 AUSTIN Lawmakers finally arrived at a redistricting map last week, thanks to the extraordinary intervention by a Congressman, Tom DeLay of Sugar Land. DeLay came from Washington, and spent three days in Austin shuttling between Republican factions, in an effort to strike a compromise on how to draw lines around the Midland area to please Rep. Tom Craddick.

Republicans under the leadership of Governor Rick Perry, and DeLay, had pressed all summer long for this map, which is expected to deliver additional seats in Congress after the next election to the Republican party.
Democrats fought hard to keep the bill from passage, first by walking out of the House and denying a quorum, and later by leaving the Senate in the same manner. Eventually their ranks broke, when Senator John Whitmire returned, and the Republicans could force the issue.
However, it seems that the lines on the present map will be challenged by the Democrats, first at the Justice Department to see if it meets the federal Voting Rights Act, and then probably in the courts, where the Democrats feel even more confident that the bill will be judged unconstitutional, because it limits minority voting by obvious gerrymandering.
In the Houston area, affected would be districts now held by Congressmen Gene Green, Chris Bell, and Nick Lampson, all Democrats. For Green and Lampson, they have new definitions for their districts that favor minority and Republican voters, and make it harder for reelection. It is expected that Green could carry his district in spite of this, but Lampson may lose, according to most political observers. Bells district has been totally redrawn to favor black voters, but he may still have strength as an incumbent, it is thought.
However, many Democrats, led by Garnet Coleman of Houston, have complained that minorities would not really gain any strong voice in Congress as now reconstituted, and prefers the current boundaries.
See column in this issue.

Local teams were finishing the third of their district games this week, and some of the action was intense.
Aldine defeated MacArthur by a score of 21-14 at Thorne stadium.

Much of the excitement was left till the fourth quarter, when the Mustangs scored on a punt return of 55 yards by Terrence Aderson coupled with a six yard run by David Brooks for the winning points.. However, earlier the Generals fought valiantly, with a 20 yard pass from QB Anthony Gibson to Juaquin Hampton, followed by a two point to tie the game at 14 all.
In Saturdays games, Eisenhower defeated Memorial by a score of 27-21. Nimitz won 20-0 over Spring Woods. Next week they will play Eisenhower, Aldine will play Stratford, and MacArthur will play Forestbrook.
In North Forest games, Smiley lost to C.E. King 42-12, and Northbrook continued its losing ways with a blank of 0-35 against Stratford. Northbrook is 1-5 overall, 0-3 district.
See Mike Keeneys Column for next weeks games.

KEENEY’S KORNER: Fireworks this week with Broncos vs. Minnesota

The NFL takes center stage this weekend with the featured game pitting the Denver Broncos against the undefeated Minnesota Vikings. There are a number of other intriguing match ups as well across the land, but before we take a look at whats on tap this weekend, lets review last weeks results. A 9-3 week brought the season record to a very respectable 43-17 (71 percent and rising). Now, on to the games.