By P. J. Williams
NORTHEAST When the Grinch stole Christmas in Houston, he hid the toys at the Haverstock Hill Apartments in the 5600 block of Aldine Bender.
Police recovered approximately $3,000 worth of toys there after they arrested Cedrick Edmonson 25, who gave a written statement admitting his involvement in the theft. Edmonson then led police to the toys hidden at his girlfriends apartment.

The toys were stolen Monday, Nov. 24 after Edmonson, a cab driver, was hired to deliver them to the home of a sick child. Steven Rael, a 13-year-old suffering from terminal bone cancer, received the toys in a Toys R Us shopping spree from Texas Wishing Well. Rael was the first applicant to the charitable organization that provides toys to seriously-ill children.
Rael bought all the toys he had wanted including an X-Box,Playstation 2, and Scoobie Doo toys.
Edmonson was present during the shopping spree because he volunteers for the organization. He seemed sympathetic and offered to transport the toys in his cab. On the drive, Edmonson lost Raels family in traffic.
Rael waited at home for hours thinking that perhaps Edmonson was caught in traffic, got lost, or had a wreck. But the cab with the toys never arrived.
When first questioned, Edmonson told the police that he was carjacked on the way to Raels home and all the toys were stolen. However, he had a cell phone with him and did not call the police to report the incident.
At the time of the theft, Edmonson was employed by the Liberty Cab Co. When they learned of what had happened, the taxi company donated $3,000 to replace the stolen toys.
Edmonson was arrested Dec. 1 on outstanding warrants unrelated to the theft. He later admitted his involvement in the toy theft, was charged with a felony, and is being held without bail. If convicted, he could receive up to two years in a state jail. 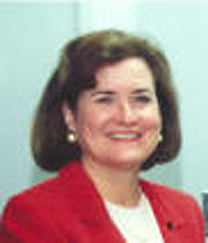 Harris County Commissioner Sylvia Garcia will be on hand Thursday, Dec. 11th for an informal Community Meeting with residents of Precinct 2. This will take place at the James Driver Community Center, 10918 1/2 Bentley Street, starting at 6:30 p.m. All residents are welcome. Come and meet the Commissioner, and share views with her. For more information, call the Center at 281-442-7950. 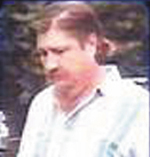 Arson investigators are trying to determine what caused a fatal fire on Aldine Mail Route and the 500 block of Lilja Friday. Homeowner Paul Lewandowski, 47, a father of two, died in the early morning blaze. Firefighters found his body in the living room. His two teenage children were at their mothers house.
The fire was discovered by a next door neighbor about 4:45 a.m., awakened by a barking dog. When firefighters arrived, they retrieved his body from the living room.
Although it was not clear what caused the fire, investigators noted that their was not electricity in the house, and an extension cord ran from a neighbors building to his. It is thought that a space heater may have overheated.
Houston has had over 8 fire related deaths this week alone, the fire marshal noted, and cautioned everyone to install or check their smoke detectors.

By GILBERT HOFFMAN
ASTRODOME The Nimitz Cougars (8-5) fought valiantly against a strong Katy (12-1) team in the regional finals of Class 5A Division II Region III, but strong defense quieted the Cougars, and all they could manage were two touchdowns for the game, which ended with a Katy victory, 49-14.
For a team that didnt figure to get this far, it was both a reward and a disappointment to be in the fabled Astrodome last Saturday for a game of this magnitude.

Coach Randy Rowe had only praise for his players, noting how hard they practice, and how much spirit they have, especially when they rally in the second half to win. In turn the players said that what took them this far was the excellent coaching that they have had all year, to bring out the best of the team.
For this playoff game, Coach Rowe had said that it would be necessary for Nimitz to play a mistake free game in order to be in it.
However, the final stats showed two interceptions and one fumble (recovered), indicating the pressure that the Cougars were under all day by a strong Katy defense. Katy had 22 first downs, while Nimitz only showed up with 8. In passing, Nimitz was a no-show, with 0 yards on 8 attempts. Only their running game, with 203 yards to Katys 196, kept them in the game. The Cougars had a TD in the second quarter on a Robert Pullings 1 yard carry, after a breathtaking 53 yard sprint by Donald Harrell to put them in position. The last TD by Nimitz was in the fourth quarter, with a 2 yard run by Harrell. Next they recovered an onside kick, and it looked like they might have some momentum, but the Tigers pushed them back 5 yards, even on that play. It was the story of the game. Too much defense, too little offense.
This was the first time that Nimitz had reached the playoffs, but it was the sixth regional title in seven years for the Tigers, who have also had two state titles.
It was not to be for the Cougars, but it was a great effort that brought us to our feet.
Congratulations, Nimitz.

Songs at Mountbatten House, memories of the river

Got invited to a singing the other day at the Mountbatten House in Highlands and so I went.
If you recall the country singer Gentleman Jim Reeves, it was his niece singing his songs. She also spoke of his life and career. Entertaining indeed, as Jim Reeves was one of the best. He was kilt in his airplane and his piano player was with him in the crash, July 31, 1964 @ age 39.
Then I had lunch with two friends several days later in Crosby and remembered one of them was from Jim Reeves home town up in the deep east Texas town of (Galloway) Carthage. I told her of going to listen to one of his relatives sing his songs. She told us that her aunt dated Jim Reeves. Said all he wanted to do was play that damn guitar.
Broke bread a while back with a piano player and book writer from Ace, Texas who was telling me stories of Faron Young. Said he knew him back when; said he picked him up at the airport and took him places when he came to town.
Faron Young was from just up the road where Jim Reeves is from and that is Shreveport, Louisiana. They might have even drank from the same creek, you reckon?
Fresh branch water was good back in the early 50s. Drank a lot of it as a chap down by the bridge going toward the river.
That branch was close to my Grand Pas pea patch and sugar cane. A little opening in the brush led to the short walk by waters edge. Maybe two feet wide, the stream ran through sand three inches deep with clear shaded cool water in the bottoms near the Chattahoochee River.
Much cooler down in that shaded stream area than picking peas with all those bees and wasps flying around.
There was a jar upside down on a stick so you could dip it and get a drink without getting grit in the jar.
Wouldnt do that with Goose Creek that runs behind my house. Ive seen plenty of animal life in the creek as well as a deer carcass off the bridge on Cedar Bayou Lynchburg. Thanks to some poacher probably.