Starting the New Year with some Snowy Fun… 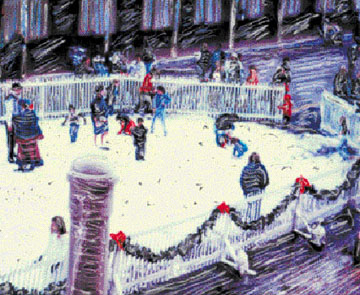 NORTHEAST NEWS Staff Artist Jerry Poscovsky captures a Snowball fight in the artificial snow of Dickens on the Strand in Galveston  an appropriate start of the New Year and the Winter Season. 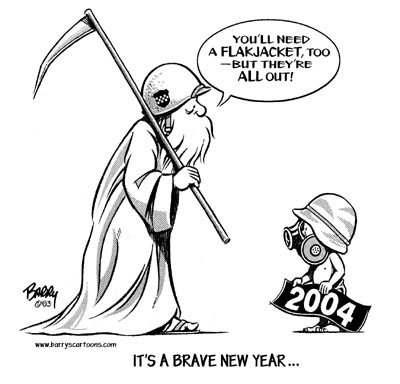 HOUSTON, November 24, 2003  The Greater Greenspoint District (GGD) recently announced the promotion of two of its directors. Jocklynn Keville has been promoted to vice president of marketing and public affairs, and Diane Newman has been promoted to controller and director of support services.

These changes represent Diane and Jocklynns expanding roles with a growing and dynamic organization, said Jerry Lowry, the GGDs vice president and chief operating officer. Both are valuable assets to this organization and to the community. They have earned a great deal of respect internally and externally, and we are confident that they will continue to move this organization and community forward, he added.

Keville joined the GGD in February of 1996 as public relations coordinator and later served as communications manager and then director of marketing and public affairs. In her new role, Keville is responsible for representing the GGD in city-wide initiatives, such as the Greenspoint areas involvement with Super Bowl XXXVIII as host of the NFC Champions. She also provides oversight of the GGDs marketing, advertising, public relations and community relations program as well as marketing area services, such as the shuttles and parks managed by the GGD.

The GGDs new controller and director of support services joined the organization in October 1995 as office manager and was promoted to such positions as manager of administration, director of administration and director of support services. As a resident of the Greenspoint area for more than a decade, Newman witnessed first-hand the improvements made possible by GGD efforts and played a role in making them happen. She is now entrusted with the careful oversight of the GGDs $2.6 million budget and its accounting procedures. In addition, she oversees personnel administration, records management and many other details relating to financial administration.

Greenspoint has seen tremendous growth since the district was established twelve years ago, said Jack Drake, GGD president. Its critical that we attract and retain the best and the brightest to develop and administer programs and services that continue to make Greenspoint desirable to its residents, companies and visitors. Houston is a great city and the Greenspoint area is an active participant in its economy, he added.

The Greater Greenspoint District is a business improvement district providing services in public safety, infrastructure and recreational development, transportation planning and beautification, public relations and economic development. The District serves a 12-square-mile area, including more than 17 million square feet of office, retail and industrial properties. Fifty thousand people work in the area, and there are some 86,000 residents.

It is hard enough to be away from family and friends during the holidays, especially when youre in the hospital said Green. Im honored to spend time with these heroes who fought so bravely in our countrys effort to liberate the Iraqi people.

In the spirit of the holidays, Green delivered gifts to thank the members for their service, and to express appreciation. The gift bag included an ornament, a phone card and a notepad.

Shotwell garners honors as Funeral Director of the Year

He is a graduate of Commonwealth College of Sciences and served on the scholarship committee for several years.

He is currently a member of the board of directors of the North Houston Greenspoint Chamber of Commerce and has served as Vice Chair of the membership division.  He has been selected as chair-elect for the chamber for 2004 and was Volunteer of the Year for 2002.

In addition to serving the local community, Ray served his country in the U. S. Army in the war in Vietnam and is a life member of the Veterans of Foreign Wars.