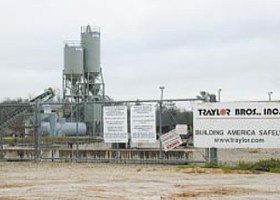 North Forest residents learned many lessons in activism Saturday that they will use in their upcoming battles against unwanted development in their community.

The meeting was the second of what will be many to educate and mobilize the community members as they struggle against a possible reopening of the concrete batch plant on Mesa and several other proposed projects.

Robin Germain-Curtis of Northeast Beyond 2000 said that the community fought against a few unwanted commercial projects over the last six to seven years, and against even more in the last six months.

We have at least another 50 developers looking at this area, she said explaining that many of those are for low-income housing projects.

The communitys attempt to keep the batch plant from receiving an air quality permit appears to be their toughest battle. To help them, Northeast Beyond 2000 sought the help of environmental lawyer Martina Cartwright from Texas Southern University who agreed to take on the case. 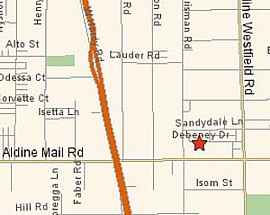 An Aldine-area resident took the law into his own hands early Friday morning when he heard someone breaking into his neighbors vehicles.

The robbery and shooting occured in the 1600 block of Debeney, near Aldine-Westfield and Aldine Mail, at about 3 a.m.

A group of five teens broke the rear window of a van and stole a large set of speakers and tools from a car, when Cidello, Jr. came out with his shotgun to investigate.

Cidello fired his weapon at the group, who escaped in a stolen Nissan Sentra which became bullet-ridden during the encounter.

Sheriffs deputies recovered the speakers and other tools in the car that was left at the hospital.

Three of the five, a female and two males, suffered minor gunshot wounds that were not serious. The group drove themselves to Houston Community Hospital where their injuries were treated before the teens were released into police custody. Police are still searching for the two teens who were not injured and escaped.

Cidello was not charged in the incident, but authorities indicated they may refer the case to a grand jury for determination on the shooting.