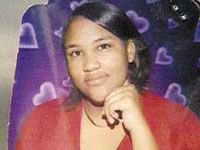 MacArthur senior Rachel Lynch, 17, died Tuesday, December 27 after a fire tore through the familys home. Shortly after 3:30 a.m. firefighters arrived at the house in the 11800 block of Shadymeadow Lane near Sandy Meadow.
Before the fire department arrived, neighbors used water hoses to try to help put out the flames. Firefighters found Lynch in a back bedroom, but she had already sustained major injuries. She died at the scene.

Lynchs brother Cornelius, 22, received minor burns and was treated and released from the hospital later that day. Two other family members managed to escape without injury.
Classmates created a shrine in the homes front yard filled with teddy bears, pictures, and flowers.
Officials are still investigating the cause of the fire.

END_OF_DOCUMENT_TOKEN_TO_BE_REPLACED

April
 Aldine ISD is named a Broad Prize finalist for the second consecutive year.
 The water line project for Inwood Place received an $80,000 boost with a grant from the Harris-Galveston Coastal Subsidence District.
 A Teague Middle School student brought a gun to school.

May
 Houston ISD decided to retain the principals at Sam Houston and Yates but replaced half the teachers.
 Aldine YOUTH opened the Youth School of Business and Renewed Blessings Resale shop on the centers 15th anniversary.
 Houston ISD fired two former Bowie Elementary teachers because they helped students cheat on the 2004 TAKS test.

July
 Two Aldine High students admitted to torching the car of their chemistry teacher in exchange for passing grades.
 North Forest community gave support to the proposed Royal Oaks Terrace subdivision. The project calls for 64 homes to be built near Homestead and Tatenhaun.
 A sheriffs deputy shot and killed a deputy constable when he was mistaken for the fleeing suspect.

August
 A tip from Americas Most Wanted helped police catch a suspect in the abduction and rape of a 12-year-old at the Fiesta on Airline.
 Developers met with community organizations to discuss the creation of Wayside Village, a proposed housing development to contain 1,600 new homes near East Little York.

September
 Area citizens stepped up to aid victims of hurricane Katrina.
 Local stores ran out of water, gas, and supplies as Houston braced for Hurricane Rita. Evacuees clogged I 45 and Highway 59 as they tried to leave town.
 Airline Improvement District tax approved by voters.

December
 Jarvis Johnson was elected as council member for district B after a run off election against Felicia Galloway-Hall.
 North Forest ISD reinstated superintendent Dr. James Simpson after he was placed on temporary paid suspension in November.
 Aldine ISDs board of trustees chose Dr. Alton Smith to replace Emmett Hill.
 MacArthur alum Phanta Jack Phoummarath died during a fraternity hazing at the University of Texas.

END_OF_DOCUMENT_TOKEN_TO_BE_REPLACED 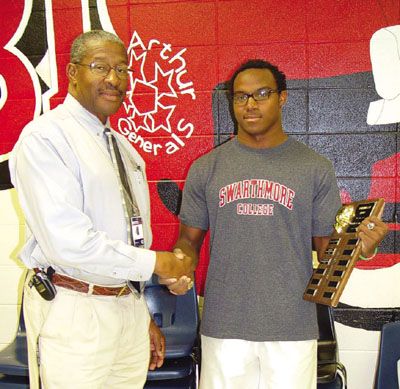 By MIKE KEENEY
Contributing Writer
Alexander Johnson is a parent and coachs dream.
The 5-11, 190-pound senior excels in the classroom and on the football field.
In the classroom, Johnson is all business. He ranks seventh in his class of 425 seniors and has drawn interest from Ivy League schools Harvard and Dartmouth, two of the most prestigious colleges in the nation.

In addition to excelling the classroom, Johnson serves as the senior class vice-president, is a member of the National Honor Society and serves as a math tutor to fellow MacArthur students.
When it comes to athletics, Johnson is at the top of his class there as well. He was a three-year starter at linebacker for Jerry Drones Generals and he completed his senior season in outstanding fashion as he recorded an eye-opening 165 tackles (42 unassisted, 123 assisted tackles) as he helped lead the Generals to an 8-3 season and their first playoff appearance since 1995. In addition to averaging 16 tackles per game, he also had 25 tackles for loss, five sacks, broke up four passes and caused three fumbles.
Johnsons stellar senior season earned him the Northeast News Defensive Player of the Year honors. The District 18-5A coaches also honored him as they voted him the leagues Most Valuable Defensive Player.
He made so many plays for us this year, said Drones, who knows a thing or two about playing defense having started at defensive end for three consecutive years (1967-69) at the University of Houston. Alexander was a solid player for us for three straight years and were going to miss him. Hes an outstanding young man.
Johnson has come a long ways in a short time, Drones said. As a freshman, he played on the B team, but within a year he was starting as a sophomore on the varsity thanks to his work ethic and athleticism.
We found out early on that Alexander had a knack for finding the football ball and reading keys and attacking the ball carrier, Drones said. We started him on the outside as a sophomore then moved him inside his junior year and things worked out well for him. This year he did a better job of meeting them (the ball carrier) at the line, or behind the line of scrimmage.
Drones added that Johnson improved each season and saved his best for his final year as a General. Finally, others aside from Drones and his staff noticed his outstanding play.
He was good as a junior and led us in tackles, but the strange thing was that he wasnt named first or second team all-district. We were sort of disappointed because we felt he played very well as a junior, but he made up for it this year with an outstanding senior season and were thankful that the rest of the coaches in our district realized that as well.
The MacArthur head coach added that Johnson put in the work to make himself the player he is today. Unlike his teammates, Johnson did not have an athletic period because that would have kept him from pursuing upper level courses, so while his buddies were lifting weights and getting stronger, Johnson was putting his work in the classroom. He had to lift on his own time, but he found the time to do so to help his team.
He has a strong work ethic, Drones said. He didnt lift with the other guys, but he got his work in.
Drones added Johnson led by example and the veteran head coach said he will sorely miss him next year.
We were fortunate to have him. He was one of our leaders and theres no doubt well miss having him around, but hes got a lot going for him and I think were going to hear a lot about Alexander in the future.
Indeed.