By Steve Pittman
HHC Assoc.
ALDINE Celebrating its fifth year of operation, the Aldine Improvement District continues to move forward on a multi-point plan to address water and sewer issues that have plagued the area for decades.
Spearheading the effort as far back as 1997, State Rep. Kevin Bailey (D-140) said that while the scope of the problem remains daunting, recent signs of progress are encouraging. Since his days with the City of Houston and his famous 1991 Bailey Bill which required the city to provide sanitary water and sewer services to residents in more than 100 neighborhoods, until he filed legislation early in his term as a state representative in 1999 to enhance the Harris Countys ability to provide such services, Mr. Bailey has championed the provision of clean drinking water and sanitary sewer services to underserved Houstonians.

In June 2001, that drive resulted in the creation of the Aldine Improvement District (AID), which had development of water and sewer infrastructure as its top priority. This issue is critical to the health and welfare of everyone in Aldine and I believe the key to unlocking our potential for economic growth and stability, said Bailey.
Harris County has contributed a great deal of its time and resources to this effort, and the Aldine Improvement District has truly been the catalyist in bringing many levels of government together to develop solutions. Also, I have been made aware of opportunities to secure additional funding at the state level due to the current budget surplus, so I see a lot of reasons to be optimistic, said Bailey.
Today, working with the State Rep., Harris County, and the city of Houston, the Aldine Improvement District is making strides toward a long-term solution.
A regional study, completed in 2004 and funded by a grant from the Texas Water Development Board secured by Rep. Bailey, found that the area was facing a $200 million infrastructure need. The study concluded that of 11,000 homes within the District, 4,500 utilized septic systems while several thousand drew water from shallow private wells. Health hazards created by this situation were serious: poor water quality, exposure to aquifer contamination, and failing septic systems that sometimes discharged sewage into yards and ditches.
In January 2005, with legislative assistance from Rep. Bailey, the Aldine Improvement District created a local government corporation to develop and implement solutions to the water/sewer issue. Known as the Aldine Water Sewer Authority, the corporation soon crafted a three-part regional plan.
First, the Authority identified priority areas of need and focused on neighborhoods with the highest prevalence of shallow wells and failing septic systems immediately adjacent to city of Houston boundaries. For these areas, AID in partnership with Harris County, developed a model to build water and sewer systems to city of Houston standards utilizing Community Development Block Grants (Federal/HUD) allocated through Harris County. Once built, the city will take over maintenance and operation of the new system, and support that service through affordable usage fees.
The pilot project got underway this October with an interlocal agreement between the District, Harris County, and the city of Houston to bring sewer service to the Tasfield subdivision, a 90-home, low-income neighborhood with commercial water service but no sanitary sewer. Cost to the District was $120,000. Harris County contributed $1.2 million in CDBG funds. Together, they ultimately hope to serve around 700 area homes with this model.
Secondly, the Authority found that new residential development was constrained because developers could not build the necessary water, sewer, drainage, and paving infrastructure without assistance from a municipal utility district or similar mechanism. Rather than forming a new utility district, AID and the Authority were able to draw upon their enabling legislation and employ a concept known as defined area assessment financing.
This innovative approach will reduce the developers administrative and legal costs, provide the necessary return on investment, and offer their new home buyers a level and fixed payment schedule. It will also allow the improvement district to partner with developers to oversize water and sewer lines for service to nearby areas in the future.
Finally, the Aldine Improvement District found a willing partner in the areas largest public service provider, Sunbelt Freshwater Supply District, to upgrade and extend its water/sewer facilities to more homes and neighborhoods in Aldine.
At the end of the day, this is about economic development, said Scott Bean, executive director of the AWS Authority and junior partner with Hawes Hill Calderon, administrative consultant for Aldine Improvement District. Rooftops support commerce, and through these efforts the District is helping to create new and better residential markets in Aldine. Tasfield is a drop in the bucket, so to speak, but were shifting the momentum toward fully addressing this issue strategically with our public and private partners.
More at www.aldinedistrict.org 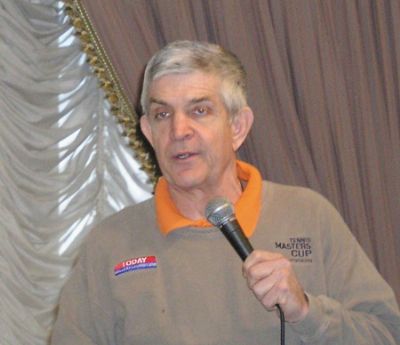 GREENSPOINT At the monthly luncheon of the North Houston Greenspoint Chamber, Jim McIngvale of Gallery Furniture gave a rousing talk about How to be Successful in Business, based on his experiences in the furniture business in Houston.
Mack said that he built success on hard work, dedication, and most of all attention to customers. This latter element is necessary for any successful business enterprise. At the end of the day, its all about people (customers), he said.

Mack started his talk, as he often does, by recounting his early start. In 1980, working in a Dallas convenience store first, which he dubbed Stop and Rob. Next he worked in a small furniture store, and as he became more ambitious, followed the advice of the owner to move to Houston, a good place to do business.
He convinced his girlfriend to come, but only after she convinced him to marry her.
His catchword philosophy, persistence, worked both ways.
Starting with only $5000 in cash, he found a way to advertise on television, but remembers that for 10 years in a row he has been voted worst tv commercial in local broadcasting by the University of Houston marketing students.
Today, his business has grown from these principles and techniques to an uprecedented $170 million dollar business, known nationally as the highest grossing furniture business in any one store location.
His talk expanded this time to include three stories about his family and their difficult experiences.
First he recounted a nephew, 32 years old, and in the army in Baghdad. This boy told the story of an Iraqi girl who wanted saved by U.S. soldiers from conscription into a forced marriage. His moral: I won the lottery. I live in the United States.
Then he told the story of his brother George, and his fight for survival with a bad heart condition and a misdiagnosis. Through the dedication and selflessness of Dr. Mann, head of cardiology at St. Lukes Hospital, the correct diagnosis was finally made in time to save his brother through heart surgery.
Finally, Mack related the story of his daughter, now 19, who lives with OCD, or Obsessive Cumpulsive Disorder. This mental illness is not always acknowledged in the medical profession as treatable, and he thanked those in the profession that had been sympathetic to helping her.
His simple reason for success can be repeated this way: I am in the business of delighting customers.
This spirited and deeply personal narrative about success in business and life was well received by the members of the Chamber. Afterward, president Reggie Gray presented McIngvale with a recognition plaque for his contribution as a Chamber STAR, and his renewal as a member of the chamber.

During the February 20 board meeting, Trustees unanimously passed an order to hold an election on Saturday, May 12, 2007 to seek voter authorization for the sale of schoolhouse bonds.
The amount of the bond proposal is $365 million and includes construction of new schools, renovations, replacements and other projects to meet the needs of the school district over the next 10 years. An assessment committee of parents and community partners recommended the projects to the school board after reviewing a district needs assessment.

Included in the bond issue will be 12 new schools, and renovations to others, as follows:
Elementary (K-4) two schools, one in the MacArthur area;
Intermediate (5-6) two schools, one in the MacArthur area;
Middle (7-8) two schools;
Ninth grade school and a High School, northwest of I-45;
Early Childhood/PreK centers, four, one in each current area.
Other uses of the monies would be for improvements in transportation, athletics, security, and disability standards.
The board studied the committees recommendation for two months before taking action at the Feb. 20 meeting. 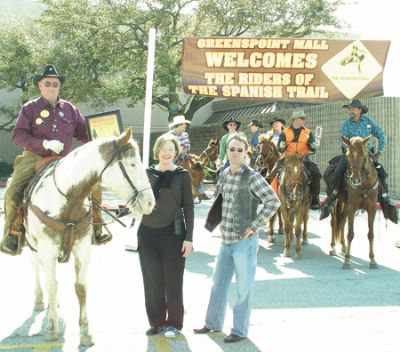