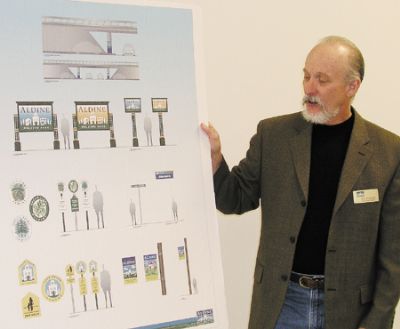 NORTHEAST The board of directors of the Aldine Improvement District held a retreat in January to plan projects for the coming year, and to review progress since the formation of the district in 2001. These plans were presented to the public at the board meeting in February, and some were approved, others tabled.
One of the most controversial was the signage program. It faced two obstacles: a new name for the district has not been decided upon, and Chairman Clyde Bailey expressed strong feelings that a traditional blue design did not represent colors of his high school, MacArthur, properly. The board did not agree with this feeling, however, and tabled the matter for further study. The proposed new name is East Aldine Management District, but this too was tabled for lack of a consensus, and for further study as to its appropriateness.

The board heard a report on the finances of the district, and were told that tax collections are running almost 25% above expectations. Revenues for 2006 were over $2 million, and for 2007 look to be over $2.5 million. Fund balances are stronger that budgeted.
Some major expenditures budgeted for this fiscal year include: Public Safety $361,655; Clean up $10,000; Economic Development $225,000; Administration $90,100.
Other major expenses listed were: Debt service, $270,000; Community Development $140,000; Water & Sewer $850,000.
A report from the Grants Committee was approved, with $29,000 to the YMCA as a matching grant with Aldine ISD, to fund after school and summer programs; and $2400 was approved for AISD bus drivers, an incentive program to reward good drivers. Other grant requests were tabled. 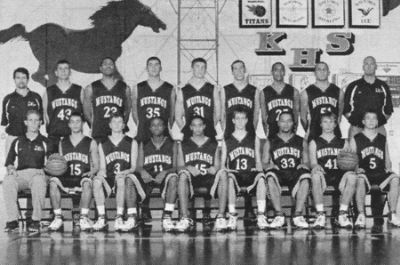 By Bobby Horn, Jr.
AUSTIN – Following a Friday afternoon when the basketball seemed to find the net with no trouble, the Kingwood Mustangs could not repeat their offensive barrage Saturday night, losing to the Duncanville Panthers in the 5A State Finals 60-46.
In a classic battle of the top two ranked teams in state Duncanville (39-0) showed why they were on top, giving Kingwood (39-3) all they could handle.
The first quarter saw both teams trade shots, with Kingwood taking their biggest lead at the 2:54 mark when they were ahead 10-7. By the eight-minute mark the Panthers led by one point and they never looked back.

Duncanville, who is ranked seventh in the country according to USA Today, opened the second quarter with a 25-12 lead. The Mustangs faced their largest halftime deficit of the postseason when they went into the locker room trailing 32-20. The Mustangs would get no help in the second half. Stopped by the Panthers overwhelming defense, Kingwood scored just two points in the third quarter, while committing 13 turnovers. Mike Singletary led the Mustangs with 15 points.
Despite the loss, Kingwood did make history by becoming the first team to appear in three straight 5A state title games. The loss also ends a three-year run for the Mustangs in which they compiled a 110-13 record.
FRIDAYS GAME – Bombs Away was the motto of the Kingwood Mustangs Friday afternoon as they connected with 10 3-pointers in the first half on their way to a 64-55 win over San Antonio Madison and an appearance in Saturday nights state finals.
This is the third straight year that Kingwood has made it to the state finals.
The Mustangs first 15 shot attempts were 3-pointers, and they hit 10 of them to build a 30-9 lead at the 5:53 mark in the second quarter. Madison tried to focus on Kingwoods Mike Singletary early, opening up shots for teammates Trumaine Johnson who scored 16 points and Nick James, nine points, who were instrumental in the Mustangs early charge building up a 24-8 lead early. Both were perfect on three attempts each from outside the arc in the first quarter to help Kingwood take a considerable lead. Johnson was 4-of-6 on 3-point shooting for the game, James was 3-of-4 and the Mustangs were 11-for-22 (50 percent) overall.
Kingwood saw their lead begin to diminish in the second quarter when Madison went on a 15-2 run. The Mustangs quickly responded with four straight points to take a 32-24 halftime lead. As Madison began to turn their attention to other players, Singletary (17 points on the day) shined in the fourth quarter, helping the Mustangs build up a 20-point lead with four and half minutes remaining. This proved too much for Madison whose last minute surge was stopped by the clock.