In addition, the district wished to further emphasize its unique identity with a place name that would gain in meaning over the years.
The Aldine Improvement District was originally formed by legislation proposed by State Representative Kevin Bailey in 2001, and based on a 1 per cent sales tax collection to be used for community safety and improvements. That year, the name was Aldine Community Improvement District, or ACID for short.
Arlene Nichols, assistant to Bailey, told the Northeast News that it is nice to see them take control and recognize that it is their district, not a state entity. They have the authority to change it.
The vote by the directors was 7 for the change, 1 (Gerald Overturff) voting no, and 1 absent (Reyes Garcia).
Prior to the vote, Northeast News pubisher Gilbert Hoffman spoke for keeping the old name. He noted that a poll in the newspaper and on its website indicated 88% in favor of the AID name, and only 12% in favor of the new name. However, he admitted that the sampling was small.
He also pointed out that there really is no place that could be identified as East Aldine, and quoted a history passage decrying the loss of Aldines individual identity over the years.
In other remarks to the News, Nichols related the difficulty a group has in choosing a name. She recalled a community meeting she attended when the Airline District was trying to reach a consensus on a name. She said that of 85 people in attendance, they had 85 different names they wanted to use.
Speaking for Kevin Bailey, she said that Its wonderful to see them (Aldine) in a position to create signage, logos, and a name that reflects the community.

END_OF_DOCUMENT_TOKEN_TO_BE_REPLACED 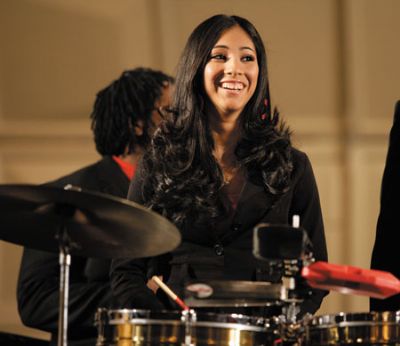 END_OF_DOCUMENT_TOKEN_TO_BE_REPLACED

By BOBBY HORN JR.
Last week the North Forest ISD Board of Trustees voted to name William Jones as acting superintendent of the district.
Jones, who previously served as assistant superintendent, was moved into the districts top administrative position after the board fired Dr. James Simpson earlier this month.
Board President Barbara Gaston said that the district is not ready to begin their search for a new superintendent and that the board felt confident in Jones ability to lead the district until that time when they are ready to begin the search. Since the board terminated Simpsons contract he still has the option to appeal the boards ruling. Gaston said that once the issue of due process is resolved then the board would look at a permanent replacement.
The school district is conducting an investigation into its police department after theft allegations were leveled against then-interim Police Chief Tyrone Walker. Walker is currently on suspension from the district. While the board met behind closed doors to discuss the investigation, they took no action in open session.
In other issues before the board, trustees approved a contract with Dell Computers for $38,024.36. The district is buying 44 Dell computers for the Career & Technology Education Department at Smiley High School.
The board also looked at a contract for $24,939 with HSM Electronics for a protection security and surveillance system at Forest Brook High School. Gaston said that the board needed more information so they chose to postpone their decision on the contact until a future undetermined meeting.
The board recognized Forest Brook High students Ashley Taylor and Deshea Stevens and Smiley student Zsathala Williams. The three will compete at the State UIL Solo and Ensemble Contest on May 26 in Austin.