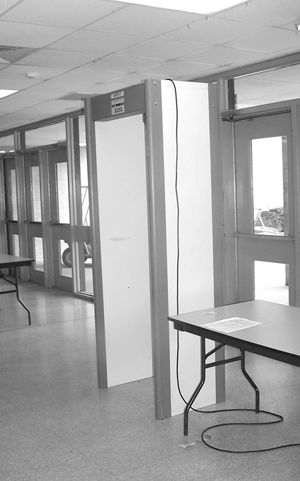 By BOBBY HORN JR.
The North Forest ISD has instituted a new series of security measures at Smiley High effective through the end of the school year following a threat of a weapon on campus.
According to district spokesperson Denise Walker, on April 26 the administration became aware of several rumors that there was a weapon on campus and that threats against the school had been made. Williams said that the campus was evacuated and that it was searched by Houston PD officers and bomb-sniffing dogs. No weapon was found.
During the evacuation, the district used their Connect Ed system. Walker said that this system automatically calls the contact number of each student and that within minutes up to 3,000 phone numbers can be called. This, she said, aided in clearing the school swiftly and safely.
Following the incident, the district began to make changes.
We take the safety of our students very seriously, Walker said With everything going on out there like the situation at Virginia Tech you cant be too careful.
When students returned to class the following Monday the changes were evident.

All students entering Smiley High now must go through a metal detector. This is not just at the beginning and end of the day, but throughout the day. Students may also only exit the building through the front doors. During the day faculty monitors are assigned to watch every other door on campus.
Students are also now prohibited from using their lockers or from bringing backpacks on campus.
In a letter to parents, Smiley Principal Erroll V. Garrett wrote that after school activities will also be cut back. Students will be asked to leave campus by 3:05, with all teachers and staff remaining on campus to ensure that the buildings are secure.
Parents we realize that no plan is perfect, Garrett wrote, But we think that these additional measures combined with the normal security practices that we have in place will provide a safe and productive environment for the remainder of the year.
The normal security practices that Garrett referred to in the letter include wearing of ID badges by all staff and students, the Raptor ISD system for all visitors, North Forest and Houston police officers and consistent campus supervision by staff and the use of two-way radios.
The Raptor ID system is a fairly recent innovation that has been adopted by several districts in the Houston area over the past couple of years. With the system, a visitors drivers license is scanned. The information is then linked to a central database of registered sex offenders. The database can also be adjusted so that if there is a person who has a retraining order against them or is in any other way legally prohibited from being on campus, there name can be added by the district to the no admittance list.
One a person is cleared by the system; an I.D. label is printed with the persons picture on it so that staff can identify them. 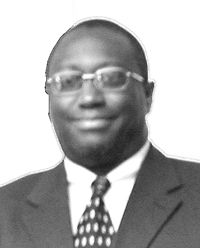 By BOBBY HORN JR.
While it came as little surprise that Dr. James Simpson would appeal his March 8 firing as North Forest ISD superintendent, the method by which the board was able to avoid meeting with Simpson and presumably avoid any future meeting did come as a shock.
At their April 23 meeting the board voted 4-3 not to reinstatement him as superintendent. They did, however, vote to allow Simpson to meet at a later date with the board.
The board reconvened on April 30 in a special called meeting for the sole purpose of hearing the appeal. Before Simpson could lay out his case to the board the meeting was cancelled.
Yvonne Taylor, attorney for the board, said that she planned to call at witnesses the four trustees who voted against Simpson in March: Barbara Gaston, Charles Taylor Sr., Maxine Lane-Seals and T. Marie McCall.
Gaston, who serves as board president, said that since they were now considered witnesses they were required to leave the room due to district policy.

With the four trustees gone, the board no longer held a quorum or the necessary number of board members required to conduct business. With the quorum broken the board, under the Texas Open Meeting Law, was required to adjourn.
In June Simpson is scheduled to meet with an independent examiner to explain his case. The examiner would then make a recommendation to the board, which has the final say in the matter.
Simpson says that he was fired in retaliation for an investigation into NFISD police officer Gerald Eagleton. Eagleton was formerly related by marriage to Taylor.
The board fired Eagleton last month following an investigation by the Harris County D.As office, which found inappropriate images downloaded onto a computer which Eagleton had access to at Smiley High. Before coming to North Forest, Eagleton worked at Texas Southern University as a security officer. While employed there pornographic images were found on a computer he had access to as well. Eagleton had denied the charges, saying other officers also access to the Smiley computer.
The board contends that Simpsons firing was due to a loss in confidence in his ability and allegations that he lied to the board and ignored their directions.
During the past few years controversy has surrounded the district concerning not only the police department but accounted for FEMA funds and allegations of TAKS manipulation.

By BOBBY HORN JR.
The Aldine and Eastex Fire Departments lost one of their own last week when a young firefighter was killed in a motorcycle accident.
According to the Harris County Sheriffs Department, Anthony Francis, 23, was driving a motorcycle on Aldine Bender Road near Miranda Street when he lost control of the vehicle in a curve, and hit the curb. Frances was ejected from the motorcycle, striking a utility pole.
Investigators say that Francis was on his way to the Aldine Volunteer Fire Department, where he had worked for a month. Francis also served three years with the Eastex Fire Department.
On March 25 area fire and emergency service departments honored Francis with a funeral procession. The procession, comprised of fire trucks, command vehicles and tow trucks from various county and local departments drove under police escort through Aldine in his memory.
The procession them accompanied Francis body back to Lafayette, La. for burial.

Students were sent home early last Friday, after a rumor spread on campus that a student had a gun. At about 11:30 am, the 1100 students in the building were dismissed early, and Houston HPD and North Forest police searched the building and campus for weapons.
The North Forest districts spokesperson issued a statement, that It was alleged that a student brought a weapon to campus and made a threat against the school.
However, at press time no one had been charged and no weapon found. One student was observed being placed in a police car, but no further word was available.
School will resume on Monday, according to officials. Metal detectors will be employed at the campus to increase the safety for students and staff.
NF POLICE OFFICER CHARGED
According to the Harris County District Attorneys office, an officer of the North Forest police department, Cinthis Spurling, was indicted last week on felony charges, including impersonating an officer and lying on a credit application.

Spurling has worked for the North Forest Department since last November, but apparently did not have the proper certification. She had been a reserve officer for a local constable district prior to this .
DISMISSED SUPERINTENDENT APPEALS
The North Forest school board, in a vote last Monday night, April 23, confirmed their dismissal by a 4-3 margin of school superintendent James Simpson.
Simpson had been fired last March 8th, and has petitioned to be reinstated. However, this vote, led by trustee Silvia Brooks Williams, failed to reverse that action. The board did vote, by a 5-2 margin, to allow Simpson to appear before them next Monday night, April 30th at 7 pm to hear the grievance against his firing.
Simpson has claimed the firing was not based on his performance, but issues related to his dismissal of a North Forest police officer related to a board member. 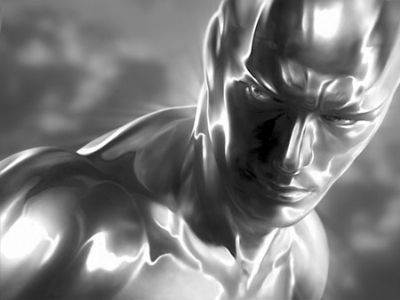 Summer Movie Preview
Boy howdy, its summer movie season again. And this year is pretty much like 2006: A metric ton of franchise movies (and a few franchise wannabes) that the studios hope will lure teens away from their videogames and into the multiplexes.
MAY
Shrek the Third  King Harold gets sick, and its up to Shrek to find the true heir of Far, Far Away, while Fiona and her girlfriends try to thwart a coup detat by Prince Charming. Frankly, I couldnt care less. Im there for Donkey and Puss N Boots. (May 18)
Pirates of the Caribbean: At Worlds End  Keith Richards plays Jack Sparrows (Johnny Depp) dad. Keith. Richards. Nuff said. (May 25)

JUNE
Oceans 13  Danny Ocean (George Clooney) and his all-star gang plan another casino heist. Al Pacino plays the bad guy. Whatever. I mean seriously, how many casinos do these people need rob? Are they raising the cash to produce Spider-man 4? (June 8)
Fantastic Four: Rise of the Silver Surfer  The first FF movie was pretty bad  almost Catwoman bad. They better not screw this one up. Silver Surfer was my G back in the day. (June 15)
Evan Almighty  Really looking forward to this one. Steve Carell returns in this sequel to Bruce Almighty as Evan Baxter, newsman turned congressman who is visited by God (Morgan Freeman. I mean, who else?) and commanded to build an ark. Oh yes, the laugh-o-meter will be measuring the yuks in cubits! (June 22)
Live Free or Die Hard  Bruce Willis once again fights terrorists as cop John McClane. I havent seen the trailer or a copy of the script, by my guess is stuff is gonna blow up. Blow up real good. (June 29
JULY
Transformers  The robots in disguise get an overhaul from their clunky, cheap 80s-TV animated look to Funky-Mean, Mecha-Mess-You-Ups. Im not expecting much in plot, but there better be some major Optimus Prime action onscreen or Im gonna hafta get all Megatron on someone. (July 4)
Harry Potter and the Order of the Phoenix  Children and parents will flock to theaters to see the 5th installment of the series for gobs of family-friendly Anglophilic Fun. (July 13)
The Simpsons Movie  Finally, Our Favorite Family makes the move to the big screen. Fox has been pretty tight-lipped about the plot, but thats OK. As long as Disco Stu and Professor Frink show up, therell be laughs aplenty. (July 27)
(c) 2007 King Features Synd., Inc.