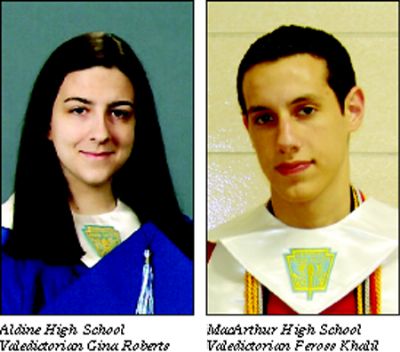 By BOBBY HORN JR.
Crowded stadiums and arenas and long lines of cars may be as much the tradition of graduation as the commencement ceremony itself, but a new trend in schools is making it easier for friends and family to observe the ceremonies from the comfort of their own homes.
This new trend involves broadcasting the ceremony over the Internet or what insiders call Grad-Casting.
Aldine ISD began the system a couple of years ago to help people be part of the service without traveling to the M.O. Campbell Center in person.
Weve gotten nothing bust positive feedback since we started this, district spokesperson Mike Keeney said.
Keeney said that in the past the services could be viewed by grandparents in South America and by a soldier in Iraq.

The technology involved is not that different from what has become popular at homes. Through the use of a webcam and a few yards of video cable, school districts cast broadcast a live streaming video of the services either on broadband systems or as dial-up.
This year alone, the district held Grad-Casts for Nimitz, Eisenhower, Aldine, Carver, MacArthur and Hall High Schools as well as some kindergarten graduations.
Since the Campbell Center is already set for the Grad-Cast district ho use the facility for their own ceremony can take advantage of Aldines technology.
One such district is Huffman ISD. Huffman, which used the center on Sunday afternoon, said that this will be the first year they were able to broadcast commencement online.