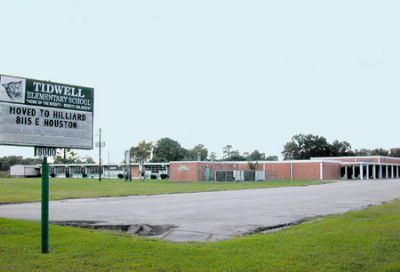 By BOBBY HORN JR.
For the second time this year students at a North Forest ISD school will be forced to move to another campus.
Last week students at Tidwell Elementary were sent home for what the district called facilities problems. Parents and employee, however say mold at the school was causing complaints of headaches, red eyes and sore throats.
The school district initially denied that there was mold in the school, but later in the week confirmed that mold was found during an inspection.
North Forest ISD Spokesperson Nakisha Miles said that classes were cancelled on through the rest of the week.
Students were told to report to Hilliard Elementary on Oct. 9 to resume classes. Miles said that she has not gotten any reports of students becoming ill from the mold.
Last week the Board of Trustees met to discuss and the situation and decided to move the approximately 1,080 kindergarten through fifth grade students to Hilliard. Interim Superintendent William Jones has told his staff that Tidwell will likely have to be closed for the remainder of the school year for cleanup.
Miles said that they do not know much it will cost to have the mold removed.
This is the second time this year the district has had a mass transfer of students.
Before the school year began vandals released water hoses at Forest Brook High School damaging all three floors. Students have transferred to Smiley High while repairs and renovations are underway.

END_OF_DOCUMENT_TOKEN_TO_BE_REPLACED

North Forest ISD and ACORN teamed up to stop truancy by sponsoring a Stop Truancy walk last Saturday.
The walk began at the Acorn Glenn Model Home near the intersection of Tidwell Road and Mesa Drive. ACORN members, North Forest ISD administrators, faculty and staff, and community volunteers went door to door, looking especially for high school-aged students that have not been attending school since the start of the 2007-2008 school year.
The volunteers hope to encourage those students to reenroll at Forest Brook or M.B. Smiley High Schools.
Many of the students contacted told school officials they were uncomfortable about returning to classes at Forest Brook High School after it began to share the campus with Smiley High.
This summer vandals broke into Forest Brook and created close to $1 million in damage. While repairs are being made at the school Forest brook students are being hosed at Smiley.
Local ACORN organizer Tophe Nosh said its important that North Forest gets the same attention that has been paid to larger school districts in the Houston area with regard to combating truancy and dropout rates.
We need to make sure that everybody is looking out for this district, Nosh said.
North Forest ISDs Interim Superintendent of Schools William Jones is looking forward to the event and excited about working with ACORN.
ACORNs grassroots approach has proven successful in many areas, and we are certain this walk will help bolster enrollment and attendance, he said. Getting out, knocking on doors and telling students that we want and need them to reenroll in school is a great way to foster relationships with parents and students and to let them know that North Forest is here and that we care.
ACORN is the nations largest community organization of low- and moderate-income families that work together for social justice and stronger communities.

END_OF_DOCUMENT_TOKEN_TO_BE_REPLACED

Two incumbents and nine challengers make up the field of candidates vying for three seats on the North Forest ISD Board of Trustees in the November election.
The election will be held Nov. 6. With early voting from Oct. 22 to Nov. 2.
Residents had until Oct. 9 to register to vote in this election.
Filing for the Nov. 6 election ended Sept. 5, with three candidates dates meeting the deadline to run for the Position I seat; three for Position 6: and five candidates for Position 7.
Both Trustee Silvia Brooks Williams, who was appointed by the board in 2006 to till the unexpired term of former Trustee Jarvis Clark and Board Vice-President Alien Provost filed to run in the Position I and Position 6 races, respectively. Veteran Trustee Maxine-Lane Seals, who has served on the North Forest ISD Board of Trustees for a total of 19 years did not seek reelection.

Albert Coleman, a 69-vear-old retired police officer, and Gary Pratt, a 43 year-old consultant, will challenge Silvia Brooks-Williams, 64 an HISD school administrator, for the Position I seat.
Henrietta Cage, 60, a registered nurse administrator, and Jackie Mayhorn, 47, who works as a change manager in information technology, will face Allen Provost, 60, a substance abuse monitor for Position 6.
Without an incumbent in the Position 7 race, five challengers have filed to run for the seat.
They are Roy Rabbit Grant, 67, a security guard; Loutrice Hicks-Holmes, a 44 year-old child care worker; Willie Hunter, 61, a retired city employee; Albert Lemmons, 62, an HISD administrator; and education consultant Paula Sharon Settles, 47.
Each member of the seven-member board of trustees is elected to serve a three-year staggered term without compensation.