Smiley High Schools 48-13 win over Forest Brook in the Pride Bowl not only won them a years worth of bragging rights but a share of the District 21-4A Championship.
Barbers Hills come from behind win Friday night over Galena Park secured the split title for Smiley and Crosby.
Smileys Darron Guillory tortured Forest Brook all night, rushing for 135 yards and four touchdowns.
Guillorys first score came four minutes into the contest on a seven yard run. Michael Sigers pulled Forest Brook within a point on his teams next possession on a 45-yard run.
The teams traded touchdowns in the second quarter. Forest Brooks inability to convert the PAT allowed Smiley to take a 14-12 halftime lead.
Smiley increased their lead in the third to 21-12 with Guillorys three-yard run with 32 second left in the quarter.
Smiley exploded in the fourth for three rushing touchdowns from Alijah Cornett, Christian Terry and Guillory.
In the fourth quarter Sigers added another touchdown with a 73-yard run.
Forest Brook ends the season with a 2-7, 1-6 record, while Smiley will take an 8-2, 6-1 record into the bi-district round of playoffs this week.
Smiley will face Lumberton (9-1) on Friday, Nov. 16 at Barbers Hill ISDs Eagle Stadium at 7:30 p.m.

HOUSTONNorth Forest ISD Board of Trustees, administration and joined with the community to bring back Pride Week, a week of events that beganNov. 5, 2007, and culminated on Nov. 10, 2007, with a community parade in the afternoon and the Battle of the Bands that evening.
Pride Week is a great opportunity for the district to show our community that we are a team, said Toni Neely Dunn, NFISDs fine arts coordinator and head of the Pride Week planning committee.
The community parade began at 1 p.m. on Saturday, starting at Homestead and Tidwell and progressed to the new central administration building at Homestead and Little York. The parade featured NFISD dance teams, cheerleaders, bands and other students groups. District employees as well as area community and church organizations that were invited to take part in the parade.
The entire focus of Pride Week is unity, said NFISD Interim Superintendent of Schools William Jones. Its about everyone in this district coming together and letting those around us know that we have a district that we can and must take pride in. We have talented students. We have hard working employees and we have a supportive community.
The Battle of Bands took place at 7 p.m. on Saturday, Nov. 10, 2007 at Jones Cowart Stadium and featured more than a dozen bands from Louisiana and Texas.
Campus-centered events were scheduled during the school week, including essay and poster contests and Student Exchange Day, which allowrf students from one campus to visit another. Another Pride Week highlight took place at 7 p.m. Friday, Nov. 9, when M.B. Smiley and Forest Brook High Schools met on the football field at Jones-Cowart in the Pride Bowl. 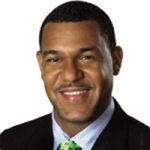 The North Forest ISD will see run-off elections held in each of the three trustee positions that were on the Nov. 6 election ballot.
State election laws require a runoff if a candidate fails to get a majority of votes in a race. In the race for Position 1 incumbent Sylvia Brooks Williams will face Albert Coleman. Williams has served on the board since 2006, when she was appointed to fill in for the remainder of Jarvis Clarks term. Position 6 incumbent Allan Provost will face Jackie Mayhorn in a run-off. The retirement of Maxine Lane-Seals left no incumbent for Position 7. Albert Lemons and Sharon Settles were the two top vote-getters and will face each other in a runoff.
In the race for Houston City Council District B Jarvis Johnson was relected over challenger Kenneth Perkins, 8243 to 2467 votes.
In general, Harris County voters didnt bother to go to the polls this year, with no major issues or candidates on the ballot. The final tally was less than 10% of the eligible voters, according to officials.

Those that did cast ballots approved the 16 state amendments to the constitution. This includes bonds for public works projects such as new roads, jails and parks, and money for repairs to the Battleship Texas in Deer Park and a Cancer Institute at the price of $3 billion. Additionally, Proposition 16 for the Texas Water Development Board is expected to bring water and sewer to some areas of Harris County.
In the City of Houston, Mayor Bill White was re-elected to his final 3rd term by an overwhelming margin of 86%. The popular mayor is expected to run for state or national office after this term. The strongest vote getter appears to be Councilman Peter Brown, with 99% of the vote in his At-large position.
Houston voters also approved the HISD $805 million bond package, for new schools and repairs to existing ones, but by a very narrow margin of 51% for. The issue had met a lot of opposition from minority voters who wanted more for their schools.
Harris County and Port Authority bonds passed by a small margin, with the exception of a bond issue for a new jail, which was defeated. East Harris County is expected to benefit from some of this new bond money. Commissioner Garcia has studied the possibility of a new county hospital, and some library facilities.
Voters in Baytown approved five out of six proposals. They defeated the bonds to improve Texas Avenue, but approved other improvements for streets, police and fire, parks and recreation, the extension of East Baker Road, and drainage improvements.
Voters in Aldine ISD went to the polls on Tuesday, Nov. 6, and returned incumbents Marine Jones, Dr. Alton Smith, Merlin Griggs and Dr. Viola M. Garcia to their respective seats on the Board of Education.
Jones received 2,524 votes to Nailors 2,005 votes, while Griggs received 2,773 votes to Murillos 1,763 votes and Garcia received 2,758 votes to Garzas 1,720 votes. Smith garnered 3,941 votes.
The votes will be made official when they are canvassed on Nov. 15.

North Forest ISD gets another sanction from TEA

North Forest school district, already functioning with a conservator placed by the State of Texas TEA to straighten out their financial records, has now been told they must operate with a conservator over their academic programs as well.
The Texas Education Association (TEA) notified interim superintendent William Jones last week that the conservator would be appointed, and the two TEA conservators as a management team would have authority to overrule the superintendent and the trustee board on matters of governance of the district. However, there was no discussion about closing or merging the district at this time, according to TEA spokesperson Debbie Ratcliffe. She did say that this action was rare, and one of the strongest sanctions that can be placed upon a district that is having problems.
It is anticipated that the new academic manager will be a former superintendent, probably Barbara Wilson, who was superintendent of Hitchcock ISD in Galveston County. She will join Henry Boening, the financial conservator, who was a former superintendent in Galveston county also.

The problems that will face the new management team include a dwindling student population, a temporary merger of its two high schools due to vandalism, a temporary merger of two elementary schools due to mold problems, and low academic ratings in most of its schools, that have meant 5 of its 11 schools are listed as academically unacceptable in the states rankings on the TAKS exams.
The appointment of the management conservators was made by Robert Scott, the new Texas Education Commissioner who succeeded Shirley Neely this year.
Scott indicated in a letter to Superintendent Jones that he was expecting drastic improvements with the help of the states conservators, and the cooperation of the school district. He specifically referred to improving student performance, program effectiveness, and fiscal matters in his letter to Jones.
Although the district is conducting a search for a new permanent superintendent, it is difficult because of the current conditions, and the acrimony between the board and previous superintendents, that have seen four of them dismissed or forced out in the past few years.
North Forest has had a conservator or monitor in the past, in the 1980s and the early 2001, for problems with their financial management.