By Gilbert Hoffman North Forest Publisher
North Forests new Multi-Service Center was the site of a public meeting last Saturday, June 28, to hear an update on the current status of the North Forest ISD from leaders of the educational community.
The featured speaker was Ron Rowell of the Texas Education Agency, but also present to speak and answer questions from a large audience of parents and citizens were NFISD superintendent William Jones, NFISD Board Vice President Alan Provost, and officers of the NEEF (Northeast Education First) advocacy group, including Robin German Curtis.
Additionally, although not present, Congresswoman Sheila Jackson Lee issued a strong statement calling for a new Board of Managers and the reassignment of special education children to other districts.
The meeting was moderated by NEEFs Paula Settles, who also ran a question and answer session later with Albert Coleman.
The main speaker, TEAs Ron Rowell, who has led the team that is trying to correct problems at NFISD, made a four part presentation, reviewing the problems, situations, and outlook for the future.
He broke his talk down into the history of TEAs involvement with North Forests problems, the academic failures, the financial problems, and the interaction with the community.

Music at the Mall 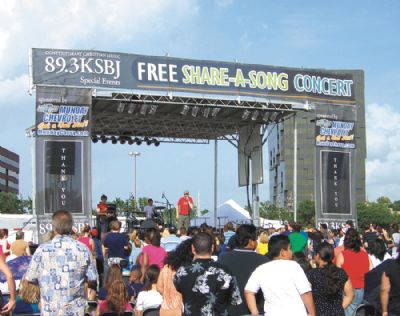 Vacationing in our own Great Northwest 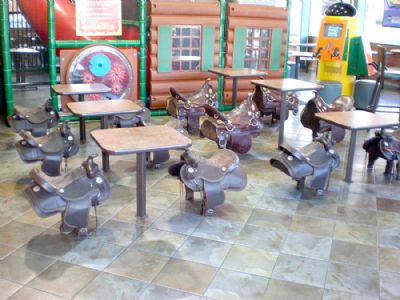 Truly enjoyed our vacation to the Blue Sky Country of Montana; we are referred to as flatlanders by the folks up there.
Old cousin says the state is being over populated with people moving up there, says lots of them are from California. She didnt seem too fond of these people for some reason; at least they aint Yankees or are they?
It was interesting to sit on the porch and talk with her husband. Hes a retired cowboy who worked on a big ranch; my cousin-in-law said an owner of one of the NFL teams owned the ranch; said the owner had more money than he had sense.
For some reason or other, Ted Turner was not a very popular person either.
I asked my cousin-in-law, You actually did the branding and all that on the calves?

Said they dont burn them anymore, they freeze brand the stock. Mix alcohol and dry ice to get a super cold product or use liquid nitrogen to get good results. They also clip the hair from the area that is to be branded.
The ole boy has since had heart problems and was split open thus limiting his climbing the mountains to go berry picking. Huckleberry, that is but we still managed to get two pints to bring back to Texas.
Cousin says the huckleberries grow up high in elevations between 3500 and 7200 feet. You have to watch for bears too.
While in Wyoming, we took a side road to see a lake. On the way up the mountain on this dirt road, we saw a sign that said GRIZZLIES USE THIS AREA. Needless to say, we didnt stay long.
Later on, we stopped by a fast flowing creek for some pictures. As I was going to get a few pictures, I noticed a pile of what bears do in the woods. I told the girls that we need to get on back to the car and quick. That has to be a nice size bear.
Stopping at a McDonalds in Wyoming one morning, after getting our food, we went to find a table and there were a dozen stools made with saddles for the kids. A neat idea indeed and another photo opportunity.
The folks in that part of the country have their events and festivals but with a different flair indeed. While having breakfast at the McDonalds, I glanced at the newspaper and a photo of the upcoming Eighth Annual Testicle Festival in Woodruff, Utah.
They fry 250 pounds of bull fries during the event, something similar to what the Shriners do with the fried oysters but a much smaller scale. They raised $30,000.00 for charity.
That part of the country is something to see and a nice way to visit, especially if you want something different. Dont think I could handle those harsh below zero winters coupled with that white mud all over the place.