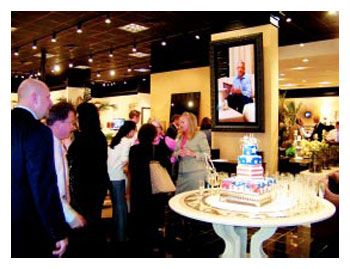 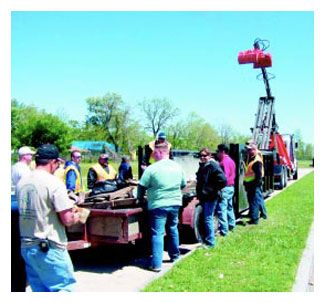 Area residents were encouraged to bring heavy trash and hazardous garden/ garage refuse such as motor oils, batteries, antifreeze, herbicides and pesticides and pool chemicals as well as other dangerous household chemicals such as cleaners, solvents, paints and stains.

Garcia said the trash collection is an important way for residents to dispose of items that while common to households are potentially dangerous to the environment and required extra caution in their disposal.

Harris County Precinct 1 also holds Heavy Trash pickup days. The next scheduled Heavy Trash Day for Precinct 1 will be April 25 for Sequoia Estates. In the event of bad weather it will be moved to May 2. 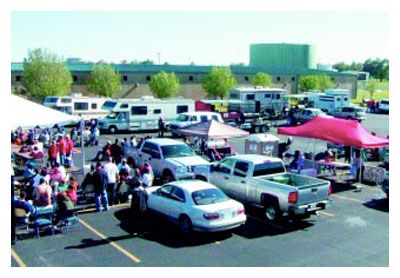 The main event was a BBQ Cook-Off, organized by Jerry Pierce and Dwaine Cooper, that drew 54 cooking teams in a 2 day cookoff. Prizes were awarded after a seven person jury tasted and judged all the entries.

This was the 10th year for the event, and it was held in beautiful sunny weather, as compared with last year’s event which was almost blown away by a storm.

Visitors not only were treated to a BBQ cook-off, but participated in a Technology Festival, and got to see the programs and facilities of the Applied/Career Center.

In addition, there was live music and entertainment, amusements for children, door prizes and raffles, and demonstrations in the automotive, engineering, manufacturing, welding and HVAC labs.

Also, the college held a Computer workshop, helping people solve or fix problems with their computers that they brought to the festival.

Proceeds from the event were used for scholarships for students in the Technology school.

WINNERS of the BBQ Cook-Off, First Prizes only, were:

In addition, the following Best of Show Prizes were awarded:

Last week the Northeast News ran a story about an alleged member of a dog fighting ring being arrested.

Within days a reader, B.J. Salinas, wrote a letter to the editor praising the tipster and law enforcement for the arrest. The writer added the admonition that we must speak out for animals who cannot speak on their own.

This arrest remings me that that good things are happening in the community. We are all encouraged to become change agents for good in our community, to make our community a better place to live and work. 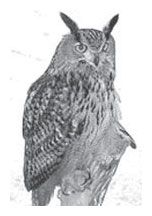 Sometimes my ole cuz up Montana way sends items of interest about that part of the world. The latest was a newspaper article out of the BILLINGS GAZETTE regarding the use of birds of prey to rid starlings from one of the refineries.

As an admirer of birds, this article struck my fancy.

A refinery in Billings hired a company out of California which uses trained owls, hawks and falcons to rid the massive number of starlings.

Don’t go getting all huffy about that as the company does not want to hurt the birds, but simply gives them a fright to go someplace else.

They let the birds of prey out in the afternoon and evening to scare away the unwanted birds.

The article had some interesting facts that you may be interested in:

A hawk’s eyesight is eight times better than a human’s, allowing it to see a rabbit up a mile away.

A European eagle owl can see a hundred times more better than a person and is able to spot a mouse by starlight a football field away… yes more better.

An owl’s hearing is so good; it can detect a rat 2 feet under the snow or grass.

They say the birds will stay away until they go back south in the fall.

Sort of like me this past weekend with the Mrs. and grandyoungan looking at a potential fishing hole.

We went up to Liberty County to the Trinity River Wildlife Refuge to check out a fishing spot. The spot off the pier was so-so. I walked down the trail to another pond on the other side and down a bit while the girls went exploring the butterfly trail.

On down a ways this one little pond looked just right and down there I went. Water on both sides and possibly some fish in the one on the left. Eye balling the water and banks I gandered upon a rather large gator as it was eyeing balling me big time.

Like those birds leaving the refinery, you can have this place!