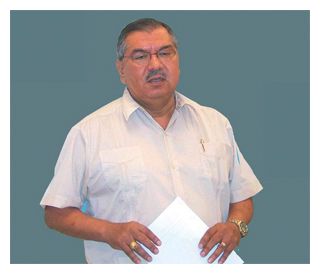 NORTHEAST HOUSTON – State Senator Mario Gallegos was the featured speaker at this month’s Networking Luncheon of the East Aldine District, held last Thursday noon at the Sheriff ’s Storefront and EAD offices, 5202 Aldine Mail Route. These lunches, held once a month, are open to the public and include a free lunch and an opportunity to speak about your organization’s activities.

Gallegos has served four terms in the Texas Senate, and previous to that two terms in the House. He also has been a Houston fireman prior to his legislative service. He is recovering from a liver transplant, and is relatively good health, he reported to the audience.

Gallegos admitted that it was a slow session, getting started several weeks late as the new House speaker spent the first three weeks setting up committees. However, he thought some worthwhile legislation was passed, and a balanced budget was passed and the reserves in the “rainy day fund” were preserved.

Governor Perry has called a special session to consider items not voted on in the regular session, which will start July 1st.

On the Agenda are action on five agencies due for “sunsetting,” and TxDOT funding and design parameters.

In his remarks, Gallegos said that undue attention to the voter ID issue delayed other legislation, such as expansion of the CHIP children’s insurance program, from getting needed action. There are now 80,000 children eligible for the program that will not be included this year, he said.

But he pointed to progress in the 8 liner bill that allows law enforcement to remove mother boards from the machines in a raid, which is easier that removing the whole machine; a junk yard bill SB1992 that was signed into law; and legislation that will make it possible in the future for the University of Houston and 4 other Texas universities to achieve the so-called Tier I status. This is the same level of research and teaching certifications that UT Austin and Texas A&M have reached. When this happens, UH will have access to an additional 500 million in funding. This bill must go to the voters in November to be approved, he said, but it would mean a first class institution for Houstonians in their city.

He mentioned that the Legislature managed to pass a $182 billion budget for the next two years, and still retain the $10 billion in their reserve or “rainy day” fund. However, Gallegos did not vote for the budget, only one of two Senators that did not, because the formula for allocating stimulus money for local school districts meant that Aldine lost $98 million and HISD lost $350 million from previous reimbursements from the state. As a member of the Senate education committee, he did not find this acceptable.He did note that Lone Star College would receive $66 million from the stimulus allocation, which will help education in the Aldine area.

END_OF_DOCUMENT_TOKEN_TO_BE_REPLACED 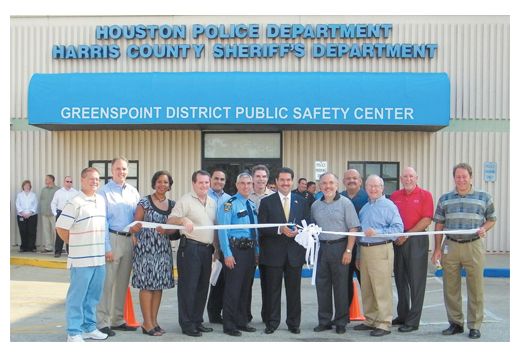 GREENSPOINT – Officials were present last Thursday morning for the reopening of the Public Safety Center at Greenspoint Mall.

The Center had been closed since last September, when extensive damage from Hurricane Ike made it impractical to continue operation.

The Greater Greenspoint Public Safety Center is a partnership of the Greenspoint District, the Houston Police Department, and the Harris County Sheriff’s Office. The location of the facility, in the mall, allows law enforcement a centralized location to respond quickly to the Greenspoint community’s needs.

Speaking at the reopening ceremonies were Sheriff Adrian Garcia, and HPD Asst. Chief John Trevino. This is the 15th anniversary of the partnership and the Public Safety Center.

END_OF_DOCUMENT_TOKEN_TO_BE_REPLACED 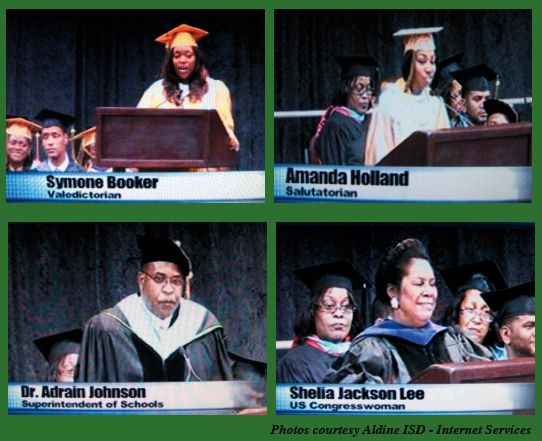 Class of 2009 valedictorian was Symone Booker. Salutatorian was Amanda Holland. Both young ladies congratulated and encouraged their classmates.

“Nothing has stopped us from sitting in these seats right now,” Booker told her peers. “Please don’t stop here. We set the tone for our lives.”

Holland also urged fellow students to pursue their dreams. “Today we have accomplished the first step of the rest of our lives,” she said. “We’ve got to jump in there… confident about our potential to achieve greatness. Get out there and take hold.”

Members of the class of 2009 earned more than $633,000 in scholarships and will attend colleges and university across the state and country.

Congresswoman Sheila Jackson Lee delivered the commencement speech, congratulating the students and issuing a challenge of her own. North Forest ISD is part of the 18th Congressional District, which Lee has represented since 1995. She has been an avid supporter of the District. Most recently, Congresswoman Jackson Lee was instrumental in partnering with Comcast to bring that organization’s Comcast Cares Day to North Forest High School to paint the school gymnasium.

“I feel as proud as all of these parents, grandparents, friends and neighbors who have come here today,” Congresswoman Lee said.

Evoking President Barack Obama’s appeal to Americans to engage in some type of service or volunteerism, Lee asked members of the NFHS class of 2009 to consider what ways they might serve their own communities and the country.

“Commit yourselves to serving America and to making America better,” she told the students. “The world is waiting for you.”