NEN Coach of the Year 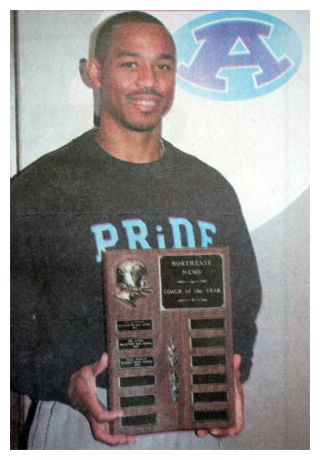 Lionell Crawford is living a dream, and enjoying every minute of it!

Crawford, a 1988 graduate of Aldine High School and the football team’s star quarterback under the tutelage of legendary head coach Bill Smith, returned to his alma mater in February when he was named the school’s head football coach.

Although he and his new staff were a bit behind in their 19-5A rivals in terms of implementing their offseason program, they knew they had enough talent on hand to make a run at the playoffs once the 2009 season rolled around in August, and right they were.

The Mustangs closed the season with a kick and qualified for the playoffs. They defeated Westside 28-19 in bi-district play before falling to Alief Taylor, 38-35, in a thrilling second-round game.

By leading the Mustangs to a playoff win and a 7-5 season, Crawford was named the Northeast News’ Coach of the Year for the 2009 season.

The Aldine job is Crawford’s second head coaching stint. Prior to landing at the helm of the Mustangs’ program, Crawford was the head coach at Smiley High School and then North Forest High (Smiley and Forest Brook combined and the school was named North Forest High in 2008), where he led the Bulldogs to a 6-4 season in 2008 and a playoff berth.

Before becoming a coach, Crawford was a strong football player himself. After graduating from Aldine, Crawford earned a football scholarship to the University of Wisconsin, where he played quarter back and wide receiver for Barry Alvarez. After two years with the Green Bay Packers, Crawford entered the private sector. He began his coaching and teaching career in 2000.

Like Smith before him, Crawford hopes to spend many, many years as the Mustangs’ head coach.

“I would love to lay a foundation and have some things put in place to where my name can be mentioned with Coach Smith’s. Now that would be quite a career.”

Some would say Lionell Crawford is off to a good start in reaching that goal.

(For the full version of this story, please see print edition.)

NORTHEAST — Aldine ISD is faced with a budget problem, and is looking for ways to cut expenses in the upcoming school year. One of the proposals made by Superintendent Wanda Bamberg and Asst. Superintendent Keith Clark is to eliminate the Magnet program at 5 of the 22 schools where it is offered.

A spokesperson for the district told the Northeast News that $25 million must be cut from the budget. A hiring freeze, reduced department budgets, and increased class sizes have not solved the problem, and other cuts are necessary. The Magnet program reduction would affect Carroll Academy, Hill Intermediate, Stovall Academy, Harris Academy and Smith Academy, according to the current proposal.

Parents of the 647 students enrolled in this program appeared at the last board meeting on Jan. 11, and will be present at the special meeting on Jan. 25 that is expected to act on this budget.

State Legislators might have an opportunity to correct or amend the financial help for Texas school districts in their next session, but this would not occur for the current school year.

State Representative Armando Walle told the Northeast News that he was against the closing of some magnet programs, including the Mendel school, and would be working in the legislature to fund relief.

(For the full version of this story, please see print edition.) 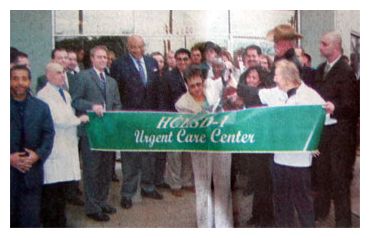 NORTHEAST — Dignitaries, ESD staff and board, and first responders gathered last Friday at the new Urgent Care facility on Aldine-Bender, to participate in the official Ribbon Cutting and the opening of the ESD#1 medical clinic, dispatch center, ambulance and emergency center.

The ribbon cutting was hosted by the North Houston-Greenspoint Chamber, now known as the Houston Intercontinental Chamber of Commerce.

Tours of the facility followed the ribbon cutting. About 100 visitors were impressed with the large and comprehensive services housed in the new building on Aldine-Bender. In addition to about 12 ambulances, the building houses repair and maintenance shops, medical facilities including exam, treatment and imaging rooms and equipment, as well as supply rooms, offices, training rooms, kitchen and other support services.

Other functions housed in the building include the Sheriff’s SWAT team and auxiliary, with room for their armored cars and other special vehicles. Paved areas also accommodate a helicopter when required for transfers.

The Urgent Care Clinic has expanded its hours, to serve the community for emergency health care, from 9 a.m. to 11 p.m. seven days a week.

Originally established in 1986, the Chamber decided it was time to change the name to better represent the members and the area the Chamber services. 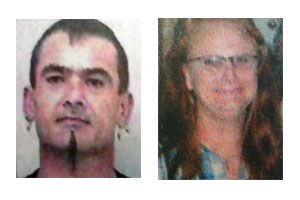 HUFFMAN — The body of a Huffman woman, missing since Jan. 1, was located in Northeast Houston on Jan. 8 by Texas EquuSearch. In a late development, the authorities announced they have arrested a suspect in connection with the murder.

The Harris County Medical Examiner’s Office has identified the body as Becky Hernandez, also known as Becky Hamilton, 52, of Huffman. The M.E.’s Office says that the cause of death is still pending.

Arrested on Saturday, Jan. 9 was Larry Allen Ricketts, 41, a registered sex offender that lived in Huffman not far from the marina where Hamilton worked and lived. Ricketts is being held in jail on $200,000 bail.