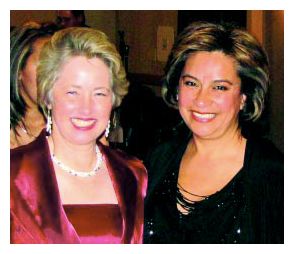 On March 6 Sanchez was selected as Hispanic Woman of the Year-2010 for Community Service in Houston by El Succesos newspaper and HCC.

It was a pleasure and honor to represent the Aldine Greenspoint Community and also to have the YMCA recognized at this event, which support was important to our success, Sanchez said.

Now after three years with the YMCA Sanchez will be moving on to another post as her career progresses.

I have been planting seeds all this time and now it is time for me to harvest the growth provided from these seeds for this community. I will not leave the families or the children; I will continue working to complete what I started a few years ago. She said that this is not good bye. I will be around for any help that I can provide to this community.

END_OF_DOCUMENT_TOKEN_TO_BE_REPLACED

NORTHEAST HOUSTON  It is only a water fountain in a small neighborhood park, but it symbolized the efforts of a wonderful community advocate, and what she accomplished in her lifetime.

Arlene Nichols, was the legislative assistant for 18 years to Kevin Bailey, and helped represent the East Aldine District, House District 140, and the Airline and Greenspoint areas in all their public and governmental dealings. She was well known by many residents of the area and civic clubs for her hard work, dedication to their needs, and her pursuit of improved quality of life standards for the area and its residents.

The water and sewer project in North Houston Heights was symbolic of many projects she helped to bring to realization, and many more in her plans. However, she retired from the legislative position in January 2009, and died in April of that year.

The inscription on the fountain reads:

In memory of Arlene Nichols, a truly devoted public servant, always focused on working with community leaders to bring about a better quality of life for all.

The East Aldine District plans to continue her work, with more water and sewer projects, public safety, parks, traffic and safety improvements, and other projects that paralleled her interests and work.

Students of nearby Orange Grove Elementary participated in the ceremonies with the flag presentation.

END_OF_DOCUMENT_TOKEN_TO_BE_REPLACED 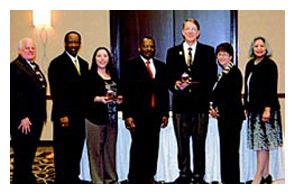 For the full story, please see our print edition.

END_OF_DOCUMENT_TOKEN_TO_BE_REPLACED

I have been a resident of East Aldine District for 28 years and one thing that people could do to keep our community better looking is to take down the garage sale signs after they get done.