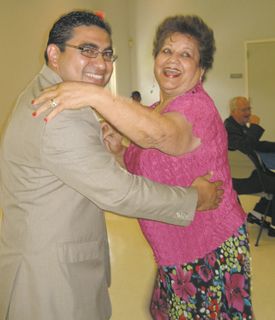 HOUSTON — State Representative Armando Walle (D-Houston) hosted his inaugural senior citizen dance on Friday, August 20, at the Northeast Harris County Senior Center.
More than 100 senior citizens from the Hardy Senior Center, Northeast Senior Center, and North Central Senior Center came together to dance, enjoy refreshments and pose in keepsake photos at the event.
The Senior Dance was made possible in large part through sponsors such as, East Aldine District, AT&T and the Northside Redevelopment Center.
In addition to Walle, notable attendees included Congressman Gene Green, Commissioner Sylvia Garcia and Sheriff Adrian Garcia.
The local officials thanked the seniors for their long service to the community. Representatives from the offices of Senator Mario Gallegos, Representative Ana Hernandez and Commissioner El Franco Lee also came by in support.
“Hosting the senior dance was a pleasure and I look forward to making it an annual event. I appreciate our community’s involvement and great response to this successful event. After the years of service our seniors have provided to the community, I was happy to host them for a celebration in their honor,” said Walle.

END_OF_DOCUMENT_TOKEN_TO_BE_REPLACED 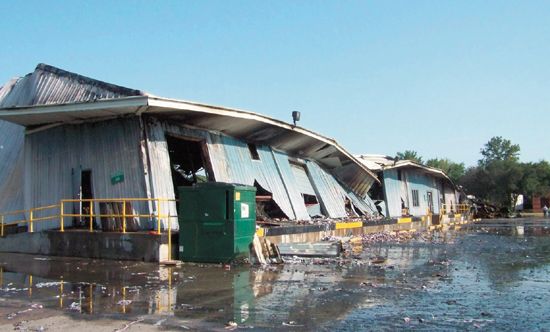 By GILBERT HOFFMAN Northeast News
A spectacular 3 alarm fire ripped through the Harris County warehouse at the corner of Canino and Downey on the Northeast side early Friday morning, destroying the building and the voting equipment contained within.
In the early morning hours of Aug. 27 a three-alarm blaze struck the Harris County Election Technology Center in the 600 block of Canino Road.
According to county fire officials, more than 200 firefighters battled the blaze, which started about 4 a.m. It took about four hours to extinguish the fire. Firefighters spent the rest of the day cooling the debris with water, as Arson investigators stood by to look for the cause, which at this time is not known.

Hector DeLeon, with the county clerk’s office said that all of the county’s voting machines, more than 10,000 of them, were housed in the building and were likely destroyed or otherwise damaged by fire, water and smoke. The building had a sprinkler system, but it is not known at this time whether it was working or activated during the fire.
The Harris County Veterinary Building next to the warehouse was not affected by the fire, except to have to close for a day due to the fire.
In a case of good timing, Aldine’s election will not be affected. A fire that destroyed a Harris County warehouse, which housed all of the county’s voting machines, will not negatively impact the school district tax rollback election on Aug. 31.
Aldine ISD Spokesman Mike Keeney said that four days before the fire they took possession of the machines they would need for election day. The county has asked Aldine to maintain storage of the machines that they also used for early voting.
As of press time, investigators were still going through the wreckage to determine the extent of the damage and a possible cause for the fire. It is estimated that the loss of the machines could reach $30 million, while the building itself would cost $10 million to replace.
Early voting for the Nov. 2 gubernatorial race is scheduled to begin on Oct. 18. Several alternate methods are under study on how to conduct the election. DeLeon said that they may borrow machines from other jurisdictions, so that the election could proceed as planned. However, another plan is to use paper ballots and scanners, or alternatively extend the time for early voting. In any case, voters will be encouraged to use mail in ballots where applicable.

END_OF_DOCUMENT_TOKEN_TO_BE_REPLACED 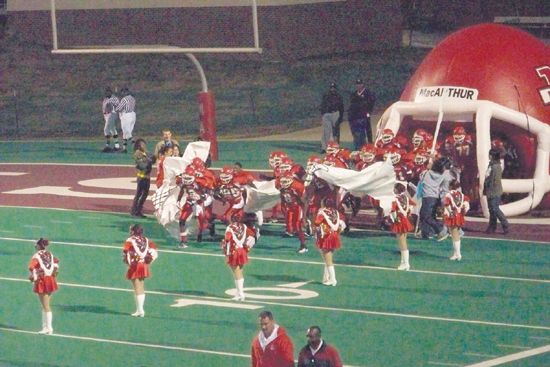