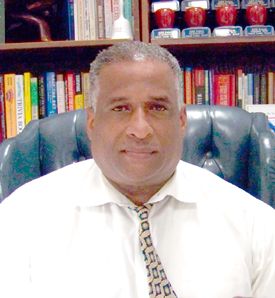 HOUSTON– The northeast KIPP Charter School for boys, known as the Polaris Charter school, continues to grow and offer a highly successful academic program to boys in the 5th to 8th grade that are interested in continuing on to college.
The Polaris boys school is a companion to the other two KIPP schools at the Mesa Road campus, the Voyager for girls in the 5th and 6th grades, and the Legacy for boys and girls. There currently are openings available at these schools, for interested students.
The Polaris school has a new School Leader to head the program in the Northeast. Bill Sorrells started with KIPP about 4 weeks ago, and is looking forward to the challenge, he says. He replaces the popular Shawn Hardnett, who helped start the Polaris school in the northeast area four years ago.

Sorrells comes to KIPP from the Houston ISD, where he was principal at Albert Thomas Middle School since 2005. Previous to that, he held administrative positions with Fort Bend Hightower High School, and several schools in his home state of Tennessee. Albert Thomas was known as a troubled and low performing school when he started there, and in the eight years he spent working as associate principal and principal, he was able to solve the problems and move the school out of the low performing category.
Sorrells has been a football coach as well as a principal. He is also trained as an art teacher, and his office is adorned with examples of his work in mixed media, pastels and watercolors.
Sorrells recounts that one of his most famous students, while teaching in Chattanooga was the nationally famous performer Usher. He said that they still keep in touch and see each other occasionally.
KIPP Polaris now has about 330 students, in grades 5 through 8. Sorrells says it still has a few openings for the fall term. There is no tuition charged by the school, but a commitment from the family to long hours and hard work is required by the student and the parents.
KIPP has had a successful academic and precollege program at all of its campuses. It was started in Houston by the educator Michael Feinberg, and is now known nationwide. Oprah Winfrey had called it “A revolutionary new school system.” The Gates Foundation has contributed millions to its growth and success.
KIPP approaches education with the following techniques: it has a disciplined learning environment, longer school days from 7:15 a.m. to 5:00 p.m., teachers are available by cell phone for afterschool homework help, it has a mandatory summer school session, it trains “Boys-to-Men,” and it has field trips around the country.
In additon its extra curricular activities include music, arts, and athletics. Sorrells says that the Polaris school will have football, soccer, track, and strength and conditioning classes. Following the priority of the school, athletics observe the “No Pass No Play” rules, requiring student athletes to pass their academics first.
Music activities will include band and choir, and new instruments will be available this year for band. Other activities will include a chess club and a debate group.
Sorrells sees himself as a strict disciplinarian, but at the same time feels it is important to build relationships with the kids, the parents, and the staff. He doesn’t plan on any big changes to Polaris, only “tweaks” to what Hardnett had accomplished. He notes that it is important to set a good example for the students, that they learn a lot by following good role models. He said that he will increase the rigor of the school.
Sorrels is a resident of Katy, and his wife is employed by Katy ISD in student safety. They have five grown children, several involved in education like the parents.
Sorrells is excited about the opportunities that the KIPP Polaris program offers, and plans to improve the program and shepherd the growth. His office has plans for the expansion of the northeast campus. KIPP has purchased the shopping center where they now are housed, plus about 60 acres of land adjacent where they plan to build more buildings and athletic fields.
With enthusiasm, Bill Sorrells smiles and says “I love challenges – otherwise I would be bored.” No doubt that applies to students at KIPP as well.