Northline Light Rail to have delays, but new Super-Walmart set to open 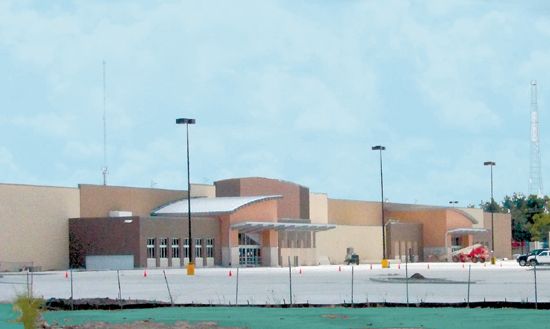 By GILBERT HOFFMAN
Northeast News
Residents of the Northside, who have anxiously awaited the arrival of the METRO light rail line, and the completion of the renovated Northline Mall, had mixed news this week.
Because of a federal probe into procurement practices that now seem to have ignored guidelines, the FTA (Federal Transit Administration) has told Houston and METRO they must readvertise bids for light rail cars, to insure that the “Buy America” provisions of the contract are followed.
Until this re-procurement is accomplished, the federal government will withhold $64 million in grant funding for replacement rail cars for the existing downtown Red Line, and $50 million in engineering for the new lines, according to a letter from FTA administrator Peter Rogoff. However, in the same letter he promises $150 million in funds for the completion of the North and Southeast Corridor lines will be available if the re-procurement proceeds in an approved manner.

The dispute arose because the former CEO of METRO, Frank Wilson, executed a contract with a Spanish firm to build the new rail cars. Most of the rail cars were to be built in the U.S. in a new plant, but two prototype cars were to be built in Spain, due to scheduling. Wilson insisted he had approval from FTA for this method, but a recent audit of the contracts did not substantiate this conclusion.
As a result, METRO’s new CEO, George Grenias, announced that there will be a delay in operating the North and Southeast lines, from the original date of 2012 to a new date of 2014.

Eventually, METRO hopes to receive $900 million in federal grants to cover the cost of the four lines now in planning. Some of this money is part of the American Recovery and Reinvestment Act of 2009, meant to put workers immediately into jobs.
Walmart at Northline
Construction work on the new Super-Walmart adjacent to the Northline Commons is continuing, with an opening date set for late October, now tentively Oct. 27.
Walmart is taking job applications, and plans to hire about 300 employees. Anyone can apply for these jobs onsite, at Northline Commons, 4400 A North Freeway, Suite 100. 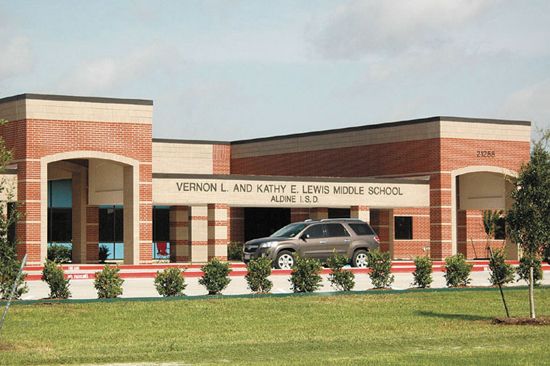 Aldine ISD opened two new schools when the 2010-2011 school year began on August 23. Rayford Road Intermediate School is the district’s 11th intermediate school and is located at 21919 Rayford Road. Robert Graham, formerly the principal at Carter Academy, is serving as the school’s first principal. The campus has a projected enrollment of 700 students.
Vernon and Kathy Lewis Middle School is the district’s 10th middle school and is located at 21255 West Hardy Road. Cassandra Cosby, formerly the principal at Oleson Elementary School, is the school’s first principal and the school has a projected enrollment of 750 students.
Lewis Middle School is named after Vernon and Kathy Lewis, two long-time educators who served Aldine ISD for close to 80years.

Vernon began his career in Aldine ISD as a teacher at Aldin High School in 1969 and over the next 37 years, he served as an assistant principal at Eisenhower High School, principal at Teague Middle School and Aldine High School, executive director of secondary schools, the Nimitz area superintendent and finally as an assistant superintendent of administration. He retired in December of 2006.
Kathy also began her career in Aldine ISD in 1969 and over the next 38 years she served as a teacher at MacArthur High School and Nimitz High School, and as a special education counselor and regular education counselor at Teague Middle School from 1983 until her retirement in 2007.
The Aldine ISD Board of Education unanimously voted to name the district’s 10th middle school in honor of the couple at the December 2009 Board meeting.
It was an honor that caught Vernon and Kathy totally off guard.
“This was such a surprise for both of us to be honored like this,” Vernon said. “It’s hard to express our gratitude and how overwhelmed we are with this honor. We’re just two ordinary people who were commited to the children of Aldine ISD.”