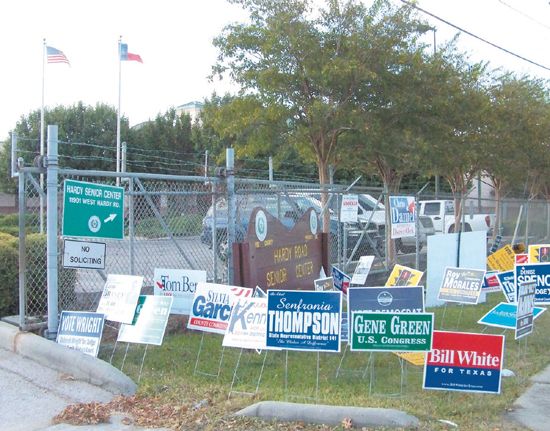 National races
On the national scene, incumbent Congressman Gene Green sees a challenge from Republican Roy Morales and Libertarian Brad Walters. Sheila Jackson Lee, also a democrat, will face off with Republican John Faulk and Libertarian Mike Taylor.
State and local races
Closer to home, the race gaining the most attention in Texas is that of governor.
Rick Perry, who has served as governor longer than any other person, is seeing a challenge from former Houston Mayor Bill White. Kathie Glass, representing the Libertarian Party, and Deb Shafto, of the Green Party, are also running.
In State House District 141 Republican Michael Bunch wants to unseat Senfronia Thompson. Armando Walle will not be contested for State House District 140.
Topping county races is that of Harris County Judge. Democrat Gordon Quan is challenging incumbent Ed Emmett. Precinct 2 Commissioner Sylvia Garcia will try to hold off a challenge by Republican Jack Mormon.
City of Houston Propositions
For those living in the Houston city limits, there are three important propositions on the ballot.
Prop. 1 calls for “Creation of a Dedicated Funding Source to Enhance, Improve and Renew Drainage Systems and Streets.” The proposition calls for the creation of a “pay as you go” funding source for the repairs and upgrades.
Prop. 2 asks that the residency requirement for district council members be reduced from 12 months to six months for the November 2011 election.
Prop. 3 asks whether the city should continue to use red light cameras to enforce state or local traffic laws.
This year’s General Election will be held on Nov. 2. Polls will be open from 7 a.m. to 7 p.m. To locate the proper polling location, voters should go to the Harris County Clerk’s Election website www.harrisvotes.com. 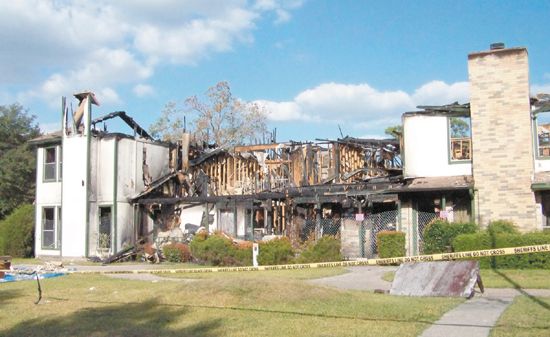 A man allegedly set a townhome on fire on Oct. 16 after a fight with his girlfriend, Harris County Deputies said. The blaze happened near Aldine Mail and Highway 59 last Saturday morning.
The incident happened at a home in the 5800 block of Twisted Pine Court, part of Pine Village North subdivision. According to detectives, about 1:30 a.m. on Saturday, Oct. 16 the man poured gasoline on the exits of the house, setting the townhome on fire.
Inside the house on fire there were three kids and a woman who escaped by jumping from a balcony to a neighbor’s house.
Detectives said neighbors detained and held down the suspect until deputies arrived.
The only person hurt during the fire was the suspect who suffered some burns and was taken to the hospital for treatment. He was reported to is unconscious afterward.
A total of six units were destroyed and the suspect, whose name is unknown, could face attempted murder charges as well as arson and assault charges. 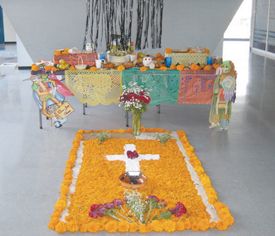