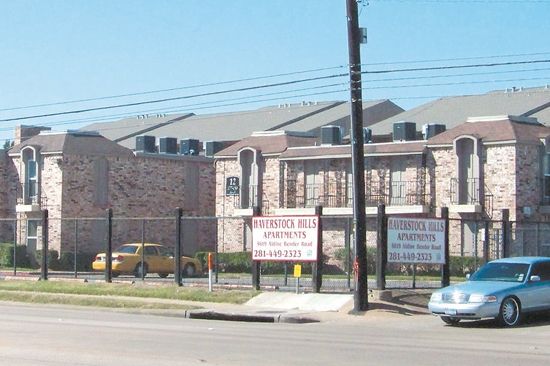 NORTHEAST HOUSTON– Judge Smoots-Hogan held a hearing last Friday on criminal activity at the Haverstock Hills apartments and the surrounding areas. As a result, she issued a temporary 45 day injunction, barring 28 identified alleged members of the Bloods and Crips gangs from entering or staying in the area.
The action comes as a result of a lawsuit filed by District Attorney Pat Lykos last month, and is expected to become a permanent injunction. Testifying at the hearing were Sheriff Adrian Garcia and others. Those named in the injunction had an opportunity to appear, also.

The Sheriff cited statistics that showed continual calls to the 700 unit complex, as many as 2,400 calls this year to date. Garcia said that known gang members committed most of the crimes they were called for. Others that testified included Kim Ogg from the DA’s office, and J. Allen, property manager. Ogg displayed a photo board with the 33 members named in the original request for an injunction.
The injunction also bars the 28 named from associating with known gang members and each other, and does not allow them to show gang colors, hand signs, of have graffiti marking devices or weapons on their person.
Also, they are not allowed to have cell phones, harass residents of the apartments, or disrupt traffic in the area.
Violation of the injunction could result in arrest, with penalties of a year in jail and a $4,000 fine.
The injunction extends beyond the Haverstock Hills property, to include a “safety zone” of 57 acres around the complex, and includes Francis Elementary school within the area. The boundaries are Aldine Bender, Picton, McCracken, and Lee Roads.
Sheriff Garcia was previously a Houston police officer in charge of an anti-gang office, and since becoming sheriff has organized an anti-gang unit within his department. This anti-gang task force is housed in the Aldine area, but is responsible for stopping gang crimes throughout the whole county. 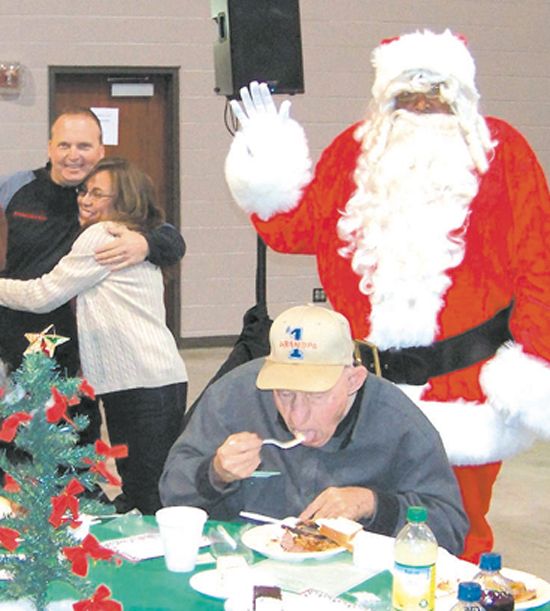 The event was sponsored by the Aldine Council of PTA’s and the East Aldine District, and was entitle the “Nadine Kujawa Senior’s Holiday Gala,” in honor of the retired past AISD superintendent who attended and gave the welcoming talk.
Other coordinators included Nancy Martin and Shirley Reed, with Santa and his elf present.
Performing music numbers were Hinojosa, DeSantiago, Black, Oleson, and Goodman schools.
Sponsors of the event included East Aldine District, Hawes Hill Calderon, Montgomery & Barnes Engineers, TSU Center for Aging, Grandparents Raising Grandchildren, and Aldine ISD, with a number of their schools represented also.