Former Aldine player leads Oregon to near victory in BCS 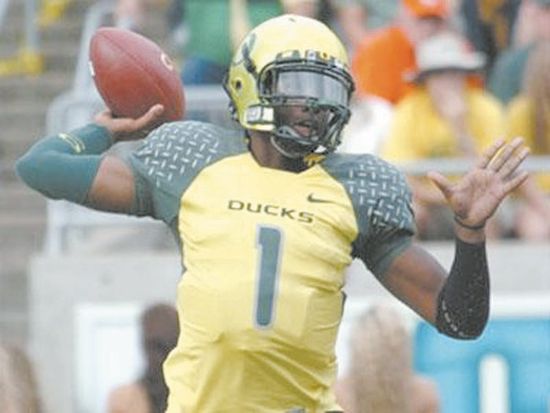 By BOBBY HORN JR.
Despite some late-game heroics by former Aldine High football player Darron Thomas, the Oregon Ducks could not hold off Auburn, losing to the Tigers 22-19 in the BCS National Championship game last week.
Trailing by eight points, Thomas engineered a fourth quarter drive deep into Tigers territory. Then, with 2:33 left in the game, Thomas threw a 2-yard touchdown strike to LaMichael James.
The touchdown almost wasn’t.
Four plays earlier it looked like the Ducks were “dead in the water” as they faced a fourth down. Thomas stepped up and threw a 29-yard pass to D.J. Davis to keep the drive alive.


Following the James touchdown the Ducks were still down by two points.
Thomas was not done. Taking the snap, he threw the short pass to Jeff Maehl for the two-point conversion.
The Tigers would have one more trick up their sleeve as the moved back down the field and, with the last second ticking off of the clock, kicked a 19-yard field goal for the win.
The win was Auburn’s first national championship since 1957. It is also the fifth consecutive title for an SEC school. The last non-SEC school to win the national championship was the University of Texas in 2006.
Despite the loss Thomas showed in the game why Oregon was considered the county’s most explosive offense. He completed 28 of 41 passes for 374 yards, while throwing two interceptions.
After being blanked in the first quarter, the Ducks got on the scoreboard in the second quarter with a field goal.
Two minutes later, the Tigers moved ahead on a touchdown.
It did not take the Ducks long to regain the lead.
Just a minute and two seconds after the Auburn touchdown, Thomas threw an eight-yard touchdown pass to James. This was followed by a two-point conversion.
Auburn then came back with a touchdown, field goal and safety to give themselves the 19-11 lead.
Oh, and by the way, the quarterback who almost won a national championship is just a sophomore who is in his first year as a starter.
Thomas was not the only Aldine player to touch the football during the national championship game.
Also lining up in a Duck’s uniform was freshman Josh Huff. Huff, who played for Nimitz High, was the first player on his team to touch the ball as he fielded the opening kickoff against the Tigers. 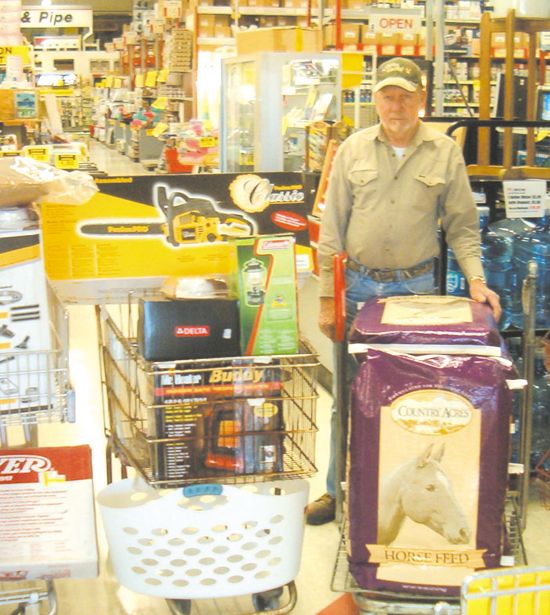 Jed’s Hardware announced the $1000 shopping spree winner from November’s Drawing. Aldine resident Bill Hammond was the lucky winner of the Jeds Hardware $1000 shopping spree contest. Hammond’s name was drawn from a pool of 1012 customers who had entered 1400 times between September and November.
The contest, sponsored by Jed’s Hardware was run in conjunction with their fall merchandise catalog, which was distributed to 22,000 area homes in the Northeast News. It featured 130 pages showcasing 1500 home improvement items, in reality a small sampling of over 65,000 great products available either at Jed’s, or through weekly warehouse deliveries or online at www.jedshardware.com.