East Aldine District moves ahead with utilities in Zone 11 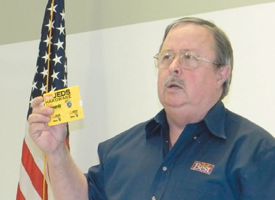 NORTHEAST– Since it’s founding in 2001, the East Aldine District has had a goal of bringing water and waste water disposal to all the areas in its boundaries. A large step was taken this month when the District approved funds in the amount of $7, 348,500 toward the construction of utilities in what is known as Service Zone 11. Of this amount, $5,843,000 is from bond funds previously approved, and $1,505,500 from general revenue funds.
Service Zone 11 is an area defined by E. Mount Houston, E. Little York, US59 on the west and Hirsch on the east.
The total projected cost for this work is $30,000,000 and the District pays about one quarter of the total cost. When completed, about 1000 property owners will be able to receive water and sewer services from the City of Houston. These will replace antiquated wells and septic systems now in use.

The East Aldine District has already completed water/sewer projects in Tasfield and North Houston Heights neighborhoods, and is also working on projects for Inwood Place, Sherwood and Benton Place.
Public Safety
The public safety committee reported through Richard Cantu that the hours for the bike patrol have been expanded from four to six hours on Saturday and Sunday. The patrol is in Keith-Wiess park, and local parking lots and neighborhoods.
New Offices
Work is progressing on the new office space for the District. When completed, a larger meeting room, a conference room, and three offices will be available full time for district business. The board took action on the lease with AMC Shopping Center, Inc. and the contractor’s payment requests.
Landscaping
The board reviewed and discussed the landscaping which is now almost complete in the Medians on major thoroughfares in the district. Signage identifying the district is part of this project also. This work is part of the Mobility and Environmental/Urban Design committee.
Service Providers
Luncheon
On Thursday, Jan. 27 the district hosted the luncheon for service providers. Director of Services Richard Cantu was able to report on some of the recent accomplishments of the district, as noted above.
Cantu also said that a new initiative is being formed, to deal with Public Health in the area. A board committee will take responsibility for the project.
Clyde Bailey announced that his Jed’s Hardware store will soon issue discount or rebate cards, that will allow customers in the store to recover part of their purchase and redeem it for personal gift cards, or designate the rebate to go to non-profit charity in the area. This is seen as a complementary effort with the District’s Shopper’s Card. 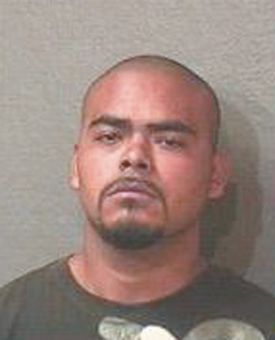 Esteban Carlon was shot in the head by a Humble police officer. The tragedy happened in the parking lot near the Sears store at Deerbrook Mall on Eastex Freeway around noon on Monday, January 24, 2011.
Carlon died when an Humble police officer used his gun to break the window of a stolen truck where Esteban Carlon and his brother Joaquin Carlon were sitting; the semi-automatic gun “accidentally discharged” hitting Esteban in the head, and killing him instantly, police said.
The day of the incident, Deerbrook Mall officials notified police about two car burglars they saw in the parking lot, and have them on video.
When police arrived, the two suspects got into a truck which was indicated as stolen.
“There were about 20 police cars surrounding the truck, and other officers walking nearby,” said Joaquin Carlon, the brother’s victim.
According to county records, Joaquin has been charged with unauthorized use of a car and was released on $15,000 bond. Police are still investigation the shooting.
The officer’s name has not been released, but has been placed on administrative leave after the incident.

A police chase left five people injured including a baby girl last Tuesday, Jan. 25, 2011 around 2 p.m. at Quitman and U.S. 59 feeder.
According to authorities, the chase began when an off duty officer doing an extra job saw a couple of men parked outside Top Dollar Pawn, located in the 300 block of East Little York.
The off duty officer considered the men suspicious when they did not get out of the truck, officers said. The two men inside the truck started to drive towards U.S. 59 South, the off duty officer followed them and could determine that the truck was stolen.
The officer then call for help. HPD patrol units close by at Tidwell responded, said Houston Police Department Sergeant J.K. Richard.
The men driving the stolen truck exited at Quitman and ran a red light, stricking a blue Chevrolet HHR, said Sergeant Richard.
Emergency crews were at the scene to assist the passengers of the Chevrolet car, two women and a baby girl who were transported to the Memorial Hermann hospital and the men in the truck who were taken to Ben Taub General Hospital.
The conditions of the 4 people and the baby girl were not released but were not severe, police indicated, and no officers were injured. 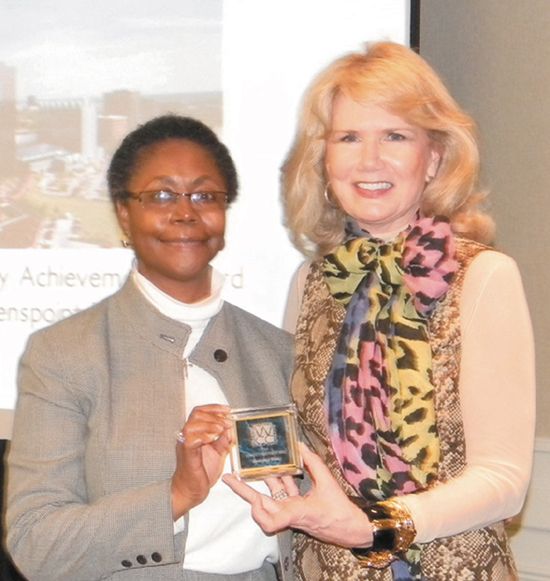 During the 2010 Volunteer Awards Luncheon of the Greater Houston Women’s Chamber of Commerce (GHWCC) on Tuesday, January 25, 2011 celebrated at Westin Galleria, East Aldine and Greenspoint districts were the two finalists for the Community Achievement Award.
East Aldine District is “serving the needed in the area, has leveraged $80 million for water, sewer and infrastructure projects and $1 million for public safety programs; the district promotes business and economic development as well as providing many community enhancements and services to residents and visitors to the area,” said Suzan Deison, Chamber President of Greater Houston Women’s Chamber of Commerce.
Greenspoint District was the winner of the Community Achievement Award.

With “a powerful partnership, a passion for the area, and a strategic plan has made the Greenspoint District an important part of Houston’s economy,” said Deison. “More than 4,000 companies are now called Greenspoint home, the Greenspoint District does 18 million square feet of commercial development, the working home of some 75,000 employees and over 100,000 residents surround the business center.”
Among the Greenspoint District members present were Jack Drake, president of the district, Jerry Lowry, executive vice president and chief operating officer for the District, Rhea Davis, Communicatons manager of the district, and Melody Douglas, Board of Directors-Morganti Texas Inc. and who received the award.
Among other winners was YES Prep Public Schools, winning the Education Excellence Award.
This Charter school serves 4,200 students, including a campus at North Forest, “100% of these economically disadvantage students were accepted into core colleges.” said Deison. “Last year Oprah surprised our winner with a check of $1 million for being one of the 5 United States best Charter Schools.”
YES Prep Public Schools has also been rated one of the top 100 public schools in the nation, and “one of the schools has been voted one of the two top ten best high schools in Houston.” said Deison.
YES Prep Public Schools are committed to opening more schools and serving more students.