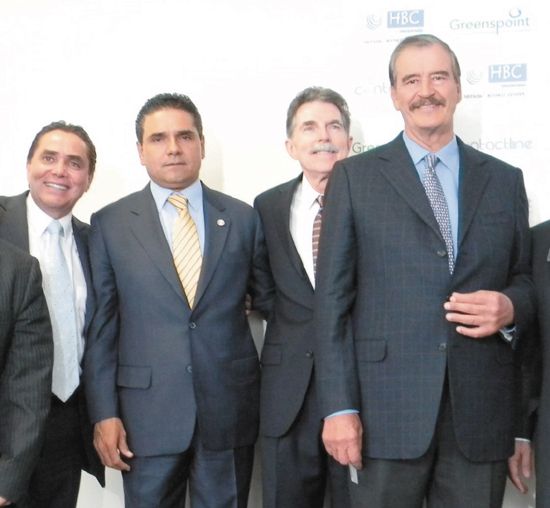 GREENSPOINT – Vicente Fox, Ex-president of Mexico visited Greenspoint area last Thursday, February 3, 2011 to support expansion of small mexican companies such as Contact Line here in Houston.
Fox visited Contact Line, a new Mexican-owned call center in Greenspoint’s Hispanic Business Center located at the 1200 block of Northborough Drive.
“The commitment of Centro Fox is to build bridges between two, or better say three great nations: Canada, United States and Mexico decided to associate, we are neighbors and we are friends and through NAFTA we are comming with this chapter. Mexico imports products and services more than or equally to France, Germany, Italy and Brittany do together. We are a solid partner of this great nation, and we account for hundres of thousands, millions of jobs with US citizens through our imports,” said Vicente Fox, Ex-president of Mexico.

“The dream of Mexican entrepreneurs is looking for opportunities in jobs and Alejandro has that vision, Alejandro has that wisdom to put together the energy, the resources from Mexico and the United States to create those opportunities,” said Fox.
Alejandro Del Valle is the CEO of the Business Hispanic Center and owner of Contact Line.
“As the Mexico’s ecomony grows, more companies are expanding outside their border. At the Greenspoint District is positioning itself to become a magnet for international and Mexican investment,” said Jack Drake, president of Greenpoint District.
Jack Drake stated that they are partner with Mr. Del Valle.
Mr. Del Valle is the creator of the Business Hispanic Center and his plan is to help Mexican companies to get installed in the United States. The plan is to “bring 300 entrepreneurs who are going to generate employment, will pay taxes, and will generate health, but they also want to sell their products in this country,” said Del Valle. “We now have a compromise with the District and the city for the help they have provided, and with ex-president Vicente Fox to promote small business as he as always done.” 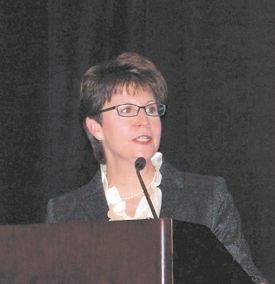 By Gilbert Hoffman
Northeast News
The Aldine ISD held their annual “State of the District” breakfast last Friday morning, January 28, with a slide presentation by Superintendent Wanda Bamberg to the hundreds of educators, business partners, and community leaders that attended.
This was a review of the 2009/2010 school year, and a look ahead at the 2010/2011 year and the budget problems that will be faced this school year and next, as the Texas Legislature is currently meeting, with school financing high on their agenda.
Bamberg noted that the district has grown from 62,796 students to 63,151 but also said that except for the far north sections of the district, growth has eased from previous years.

Bamberg said that attendance rates were high at 95.5% average. The district is now 69.1 percent Hispanic, 2.2% white, 26.2% African-American, and 1.4% Asian, Native and other.
There were many accomplishments to take note of, including the 2009 Broad Prize for Urban Districts. 55 graduating students received scholarships from this award alone, and of the 2850 graduates, over 1000 earned academic and athletic scholarships toward additional education, totalling $15 million dollars. In general, academic scores were up, and Aldine students outperformed their counterparts across the state of Texas on most TAKS categories. 31 campuses were rated as Exemplary by the state, and 29 rated Recognized status she said.
Bamberg noted that the district was able to open a new EC/PK school and a middle school, but budget constraints have delayed some new buildings. In addition, a recommended tax increase to offset reduced state funding was defeated in 2010. This led Bamberg to discuss cuts in the budget that have already been made (see exhibit) and to talk about additional cuts she will recommend to the board for the next two school years. Last school year cuts amounted to $25 million. Depending upon actions of the Legislature, which are not known at this time, additional cuts are anticipated in programs, personnel, and facilities. She also did not rule out another future tax election.
Bamberg outlined Objectives for 2010-2011, in Academics, Behavior, Feedback from the parents and community, Financial Solvency, and Management of Assets efficiently.
As the Legislature decides on school financing, she noted that 62% of the district’s revenue comes from the state, with 37% local funds and 2% federal. The district’s 2010-2011 budget is $455 million dollars. If the Legislature cuts funding as currently being considered, the district could lose as much as $39 to $65 million, Bamberg said.