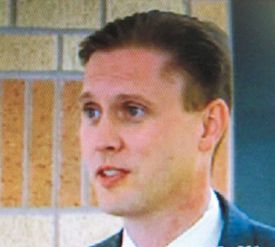 HOUSTON—The 2009-2010 accreditation status for North Forest ISD has been raised one level higher to “Accredited-Warned” from “Accredited-Probation.”
North Forest ISD was placed on Accredited-Probation in 2007-2008 and again in 2008-2009 for what the TEA described as “serious and systemic problems” in its financial management and academic performance.
However, the current accreditation status indicates progress in resolving those issues.
“The new status places the district one step closer to a fully-accredited status,” said NFISD Superintendent of Schools Dr. Adrain Johnson.
In the letter assigning the 2009-2010 accreditation status to the district, Associate Commissioner Laura Taylor wrote “the agency acknowledges improvements made by the district related to its special education program and academic performance at its elementary and middle school campuses.”
Six of the district’s eight rated campuses are “Recognized” in the 2010 academic accountability system, and North Forest ISD continues to implement plans and procedures to improve its financial standing. The TEA also expressed continued concern regarding “certain financial and academic issues at the district.”
“We understand those concerns,” Dr. Johnson said. “District administrators and staff are aware of the challenges NFISD faces. We have put plans and programs in place to address issues, and we will continue to search for and implement proven techniques and best practices that will ultimately help elevate the district to a fully-accredited status. We certainly have more work to do, but our current accreditation assignment acknowledges the improvement that has been made. It indicates that our district is moving forward.”