Aldine Mail Route section to be improved with dual lanes

Construction is expected to start later this year to convert a 2.5-mile stretch of Aldine Mail Routte from Airline to Aldine Westfield to a four-lane, divided road with traffic signal upgrades.
A .6-mile section between Airline and Lillja will be divided road-way that includes the existing Hawkins Street alignment.
The Hawkins alignment, which is south of Aldine Mail Route, will become a two-lane, eastbound roadway. The existing Aldine Mail Route will be a two lane, west-bound road. The project also includes storm sewers, roadside ditches, turnaround streets and wheelchair accesible pedestrian ramps.

END_OF_DOCUMENT_TOKEN_TO_BE_REPLACED

A Healthy Fair hosted by Bonding Against Adversity 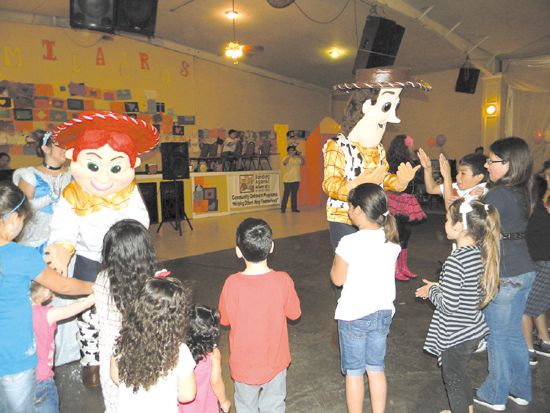 On Saturday April 30, Bonding Against Adversity celebrated “Day of the Family and Latino Women” with a health fair at the Primavera Hall (corner of Aldine Mail Rt. & Hardy Toll Road)
During this event, help from different departments and organizations was provided to women and the community in general. Some of these were free eye exams, blood pressure, free dental information as well as legal advice for child support and WIC. Community, specifically women, were able to do Pap smear, diabetes test, breast exam, cholesterol test and HIV test at a very low cost. The Harris County Sheriff’s Office, Lone Star College, East Aldine Management District, were just a few that were present providing the community with safety tips and educational information.
But they also celebrated “ El Dia del Niño” (Child’s Day), which many countries celebrate in different days. México celebrates “El Dia del Niño” on April 30. Some cartoon characters participated in a show for kids where they dance and got surprises and gifts.
At this event, there as a wall full of requests from kids from different Aldine schools; they wrote something special, something they wanted. Out of the 500 ‘miracles’(requests) that were posted, 495 were accomplished with the help of Bonding Against Adversity. Kids just were asking to have a happier family, to see their loves ones, or maybe to have a bicycle.
Bonding Against Adversity provides tools and help to the community, so they are better informed about the different ways and opportunities parents have to help kids be sucessful and happy.

END_OF_DOCUMENT_TOKEN_TO_BE_REPLACED 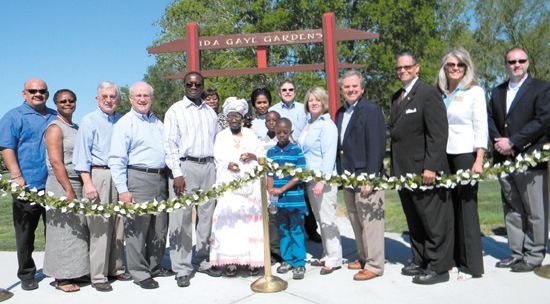 By JULIETA PAITA
Greenspoint District, along with several partnerships Intercontinental Chamber of Commerce, the Greens Bayou Corridor Coalition, the Greater Greenspoint Redevelopment Authority, the North Houston Association, had a grand opening of a new park, Ida Gaye Gardens on Thursday, April 28, 2011.
Texas Parks and Wildlife approved a grant to built Ida Gaye Gardens, a park designed to promote recreation and moderate physical activities for senior citizens. The park is located at Langwick Drive and West Hardy Toll Road, and it’s adjacent to a senior living center.
Cherno Nije donated the property and the park has been named Ida Gaye to honor his mother.

Cherno Nije has “good business practices and good deeds for our community,” Jack Drake, president of Greenspoint District said.
Phase 1 of the process has been completed, a phase 2 continues. “We now begin the process of adding exercise equipment that is senior citizen friendly, there will be some race gardens for people who are in wheel-chairs, we will have accesibility for gardening activities,and there will be an area for low-impact exercise,” Regina Lindsey, Executive Director of the Greens Bayou Corridor Coalition said.
Once completed phase 2, the park will provide what seniors citizens’ feed back showed and what they requested during the public planning process.

END_OF_DOCUMENT_TOKEN_TO_BE_REPLACED 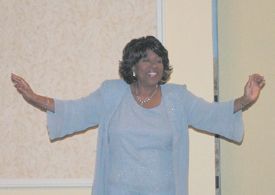 Aldine YOUTH held their 21st Anniversary Gala banquet last Tuesday night at the Hilton Hotel at Greenspoint, and a crowd of over 500 was entertained and honored by the event. Honorary chairpersons were Ken Fisher, CEO of Noble Energy, and Sarah Fisher, CEO of +Works, a non-profit organization aimed at eliminating bullying. Together they have become strong supporters of Aldine YOUTH.
The gala honored many supporters of YOUTH, many of whom received special “Light of Hope” awards from YOUTH founder and executive director Sylvia Bolling.

Awards were presented to Grandparents Raising Grandchildren Shirley Reed, Adela Garza, and Lindia Boutte. Spouse Awards went to Linda Toney, Becky Ellisor, and Ann Rome, all of whom had husbands that were donor/supporters of YOUTH. Educators receiving Awards were Bryan Reed of YES Prep North Central school, Principal Nancy Blackwell of MacArthur High School, and Kenyetta Bolling of YOUTH. Donor Awards went to Woodforest National Bank, Valero Energy, Noble Energy, Advent Presbyterian Church, and The Get Together Northwest.
Sheriff Adrian Garcia presented the keynote talk, praising Sylvia Bolling with “we are blessed that you walk the earth.”
Garcia emphasized that the work Aldine YOUTH does with the youth of the community, keeps them from ending up committing crimes and being incarcerated in the County jails.
“Our technology today doesn’t replace parental translation,” the Sheriff said.
But he cautioned that there is no school to teach how to become a parent, and organizations like YOUTH help to fill this need. Garcia emphasized that today’s youth should be wary of their friends, many of whom lead them astray. He told several stories of his own youth, and how his strict parents kept him from getting into trouble with his friends and peer group.
He emphasized to the crowd that they all have a responsibility to help our youth develop properly, and he said “I’m here to Deputize all of you tonight.”
To the youth present in the audience, and in general in the city, he said “Find the strength to say No, and play by the rules. My jail is overcrowded now.”
Rounding out the evening was a silent and live auction, with Reggie Gray of the HICC Chamber as auctioneer.
Many of the YOUTH staff and students presented entertainment and remarks during the evening for the audience.