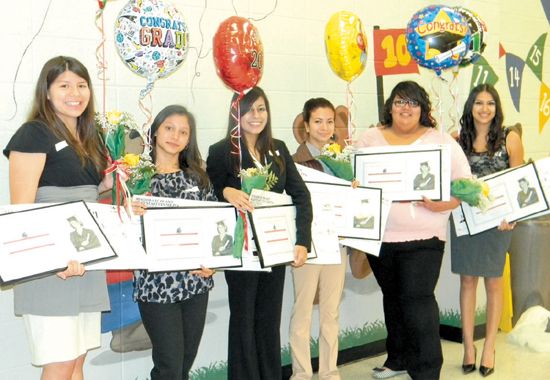 By JULIETA PAITA
At a recognition ceremony at Hinojosa E/CPK Center on Wednesday, May 18, 2011, six graduates from Hinojosa EC/PK Center, now young ladies studying at MacArthur high school, received scholarships.
Each student received $500 scholarship that will help them pay part of their expenses at the university they plan to attend.
These scholarships are part of a program that Hinojosa Center has: within the program, teachers from Hinojosa keep track of their students all the way to high school. “All year long teachers check on them to make sure they made it through,” said Sandra Arredondo, principal at Hinojosa EC/PK Center. “All these ladies went to Hinojosa 14 years ago, and now they are seniors at MacArthur.”
For next year, 190 students have been identified already who will be seniors at MacArthur. “This year, we helped 150 Hinojosa bears that were at MacArthur,” said Arredondo. “We want them to accomplish their dreams, go to the university and come back to this community to do wonderful things.”
At the ceremony, Hinojosa center also recognized community partners who had help them in some way or other in the past and the present.
One of the partners to be recognized was East Aldine Managment District for the improvements to the community such as side walks and a water fountain outside the school.
Northeast News was also recognized for covering schools news. 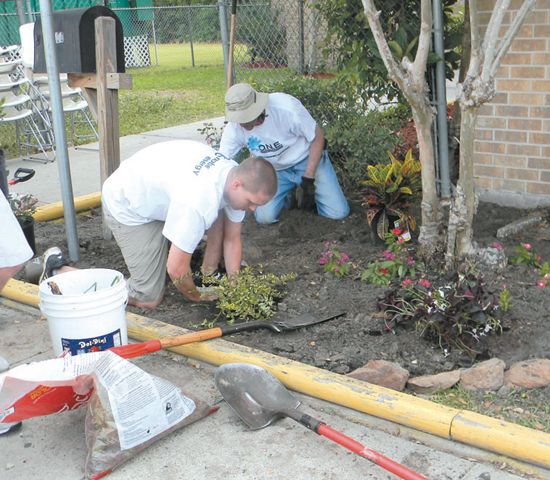 Last week, Aldine YOUTH Center who provides assistance to the community as well as to students with after school programs, received help from Noble Energy Inc.
During four days, Noble’s volunteers were doing some improvements to the center which included an update to the computer lab, they also planted flowers, a new garden, painted some rooms, power washing, and also worked with kids doing some art projects during the afternoon. But also “They did the day camp in our property,” said Sylvia Bolling, founder and Executive Director of Aldine Y.O.U.T.H.
The business classroom had a new look with new chairs, new cabinets and shelves.
Besides the renovation done to the center, Aldine YOUTH also received a $50,000 check. “We plan purchasing two new vans for our program,” said Bolling. “This also will help support our summer program.”
Thoughts from Ms. Bolling:
“We are so grateful to Ken Fisher and all of the Noble Energy. Inc. employees and volunteers for coming to support Aldine Y.O.U.T.H. They really represent a community business who came and saw our needs, but then moved to help us with our mission to change the lives of our youth and families.
On behalf of our board of directors, staff, volunteers and our community as a whole, we applaud and thank Noble Energy Inc. for giving back in such a huge way.”

By BOBBY HORN JR.
Plans to expand a waste processing facility on Little York Rd., which drew condemnation from residents and elected officials, have taken a dramatic turn.
Tom Page, president of Tap Inc., has asked the Texas Commission on Environmental Quality (TCEQ) to withdraw a permit request filed over three years ago.
On Jan. 30, 2008 Tap Inc., which does business as Big K, requested a Type V Municipal Solid Waste Permit Amendment to authorize processing of liquid waste.
When asked by the Northeast News why he withdrew the permit request, Page responded “I’d rather keep that confidential.”
State Rep. Armando Walle said that they have been monitor’s the situation. “My staff has been going door to door (to get their input). There have not been many complaints lately.”

Walle said that while there were some issues with liquid waste, he did not see any problems with Big K continuing their solid waste operations,as long as they do it within the scope of regulations.
“My hope is that they (Big K) will be good neighbors,” he added.
When the permit request was made public, citizens contacted Walle, and other elected officials asking that TCEQ held a meeting near the facility. At the meeting held in June 2009 more than 350 people crowded into a banquet hall on LIttle York, to make their concerns known.
Among the complaints were that the area constantly stinks from the waste being brought in by trucks and that Big K’s presence has caused property values to fall and that they were afraid that if the company were allowed to expand the problem would get only worse.
Big K has been in operation since 1999. Tom Page bought the facility in December 2003. In January 2008, he filed the application to expand the facility, add additional operating hours and expand into liquid waste collection such as restaurant grease. The facility is currently authorized to handle only solid municipal waste.
Walle was among those opposing the permit. “It always appears that our area gets the short end of the stick, Those odors can get pretty nasty when there is no power,” he told the group recalling the troubles after Hurricane Ike.
Page told the Northeast News that many of the complaints about smells, hours and traffic were really a result of activity at the adjoining business, USS or United Site Services, a company which he said is not owned or affiliated with Big K.
There was also a concern over Big K’s history of violations, documented in a letter to TCEQ from the Harris County Attorney’s office. Page admitted that there were violations in the past, many of which he inherited when he bought the facility and that he was making efforts to come into compliance.
Mark Hrbeck, an engineer hired by Big K to prepare the permit application, defended his client. He said that the issue over the grease was an “administrative misunderstanding” and that Page was unaware that it was happening until the City of Houston stopped the practice.
In 2009, the Harris County Attorney’s office had also filed an opposition to the permit request. They cited previous environmental regulation violations and well as the proximity to residents, businesses and churches.
Residents also challenged Big K, saying that the permit would mean heavier truck traffic on the road, with would make potholes that the taxpayers would have to pay to fix.
Prior to the meeting, the TCEQ had their own team of investigators examine the application and the facility to determine if the request met state environmental requirements.
“The permit meets all the technical aspects for compliance with TCEQ regulations,” said Ashley Wadzick, special counsel to the TCEQ Executive Director.
Page now says that he has more plans for the site. He said that he intends to contain the entire facility within two buildings. To do so, he said, would only required a City of Houston building permit.

NORTHEAST– Local postal patrons in zip codes 77039 and 77093 have received notice that their mail will now be distributed from the post office at 7511 N. Shepherd Drive, instead of the Roy Royall station within their district.
Postal officials have not officially commented to the public about the changes, but unofficial reports from several sources have indicated to the Northeast News that the future plan includes closing the Mesa Drive Post Office, and transfering their mail to two other stations. Zip codes 77028 and 77078 would be processed at Roy Royall, and zips 77044 and 77049 would go to another location, perhaps Granville station in East Houston. Boxes with 77228 zip codes would be moved to Roy Royall.
Postal patrons will still receive their mail the same at homes and businesses. But any business conducted at the post office for 039 and 093 customers, such as pick-ups of undelivered mail, would be from the Shepherd location.
This procedure has already been implemented. The Shepherd station is near Little York west of I-45. 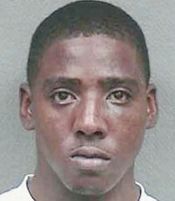 By BOBBY HORN JR.
An 18-year old suspected gang member is in jail, facing charges that he shot a 14-year old boy, paralyzing him from the waist down.
Deon Quanell Gibson, is charged with aggravated assault with a deadly weapon. He is being held in lieu of $50,000 bond. He will next appear in the 185th District Court on June 1.
On May 10 Dedrick Nash had been playing basketball at the park near Tidwell and Spaulding.
After going home for a while he went back to the park around 9 p.m. to bring home him older brother.
Houston Police Department spokesman Thomas Biggs, said that when he arrived at the park he walked into an altercation between reported members of the Crips and Bloods. Nash told police that he saw Gibson go to vehicle, take out a pistol and begin firing.
Nash, who tried to run from the scene, was struck in the back. The bullet lodged next to his spine, paralyzing him from the waist down.
The boy later picked Gibson in a police lineup, investigators say.
Biggs said that witnesses told police that the altercation actually started days before between members of the rival gangs, when one was beaten in a fight. The loser came back to the park, he said, looking for revenge. Facing the same person again when it appeared the fistfight would be a repeat of the previous fight, pistols were drawn and the firing began.
A 23-year-old man, believed to be a gang-member himself, was also shot in the upper leg breaking his fibula.