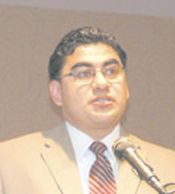 AUSTIN — Rep. Walle stood firm in his opposition to the Republican state budget which will make draconian cuts to every level of government and result in the closure of countless schools and nursing homes. During a legislative session dominated by divisive issues, Rep. Armando Walle (D-Houston) earned bi-partisan support for several measures, including items to protect consumers, improve access to nutrition benefits, and keep students in classrooms.
“Throughout the legislative session, I fought hard alongside my Democratic colleagues to lessen the cuts to vital state services and education,” said Rep. Walle. “When it came time to vote, I stood in opposition to the budget that leaves so many vulnerable Texans behind.” Rep. Walle is continuing to fight cuts to public school funding, which are still being debated during the current special session

Rep. Walle made improving quality of life one of his top priorities. He filed House Bill 190 in an effort to bring a noise ordinance to Harris county. “It’s important that the state legislature begin to talk about allowing residents of our county to be protected from loud noise, and I was proud further the conversation,” said Rep. Walle. Additionally, Rep. Walle passed a measure to protect water ratepayers by requiring water utility companies to inform their customers of the reasons for a rate increase.
In the midst of an enormous deficit, Rep. Walle passed a key piece of legislation that will save the state millions of dollars. House Bill 710 allows the Health and Human Services Commission to use more appropriate technology in detecting fraud, which will save money ultimately allowing more of the budget to be appropriated by the legislature to other causes. “We need all the money we can get to go straight towards protecting our schools and providing our students with the best education we can give them,” explained Rep. Walle.

Rep. Walle also passed measures to reduce the criminalization of our students and keep them in school. House Bill 350 will allow fines associated with Class C tickets issued on school campuses to be discharged though tutoring in the same manner as community service. “Keeping our students in the schoolhouse and out of the jailhouse should be one of our first steps in reducing the dropout rate,” said Rep. Walle. 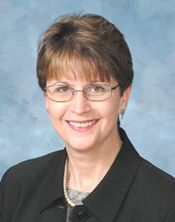 During the June 13 Aldine ISD Trustees meeting, President Rose Avalos announced that Dr. Wanda Bamberg had been named the Region 4 Superintendent of the Year.
Aldine ISD’s Trustees nominated Dr. Bamberg for this prestigious award.
Dr. Bamberg competed against other superintendents from throughout Region 4, which includes 54 schools districts from the greater Houston area.
All of the superintendents who were nominated had to submit applications that focused on a number of areas including administration and school climate, school board-superintendent relations, school improvement, fiscal management, facilities management, instructional management, student management, personnel management, and school-community relations.
“Our board of trustees nominated Wanda knowing confidently that she would be an excellent choice due to her reputation not only in the Houston area but around the state,” said Aldine ISD Trustee President Rose Avalos. “She leads a large and successful school district through collaborative decisions that are best for the children of Aldine. She is willing to make those difficult decisions when it comes to the best interest of Aldine students and employees. We are very proud of her selection and are confident that she will be successful at the state level of competition.”
By being named Region 4’s Superintendent of the Year, Dr. Bamberg is now in line to compete for Superintendent of the Year of the State of Texas. The overall state winner will be announced at the Texas Association of School
Administrators (TASA)/Texas Association of School Boards (TASB) annual convention, scheduled Sept. 30-Oct. 2, at the Austin Convention Center. The announcement will be made during the Second General Session, set for Saturday, Oct. 1 at 10:30 a.m.
Dr. Bamberg is currently serving her fourth year as superintendent and will enter her fifth year as superintendent when the 2011-12 school year begins on Aug. 22.
Dr. Bamberg is the third Aldine ISD superintendent to be named Region 4 Superintendent of the Year. Former Superintendent Nadine Kujawa earned the honor in 2006 and former Superintendent M.B. “Sonny” Donaldson earned the honor in 1994 and 1995.