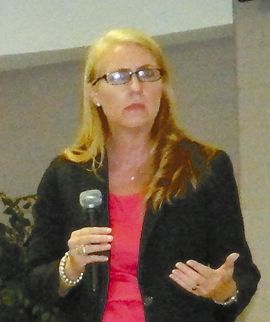 ALDINE– A steering committee of interested citizens met with education foundation consulting firm Foundation Innovation, to learn about techniques of starting such an organization for the Aldine school district.

The meeting on April 3 was hosted by the Aldine ISD, and held at M. O. Campbell Center. AISD superintendent Wanda Bamberg acted as host, and the meeting was conducted by Laurie Cromwell and Milli Christner of Foundation Innovation.

Bamberg explained to the group that most school districts have a foundation, to raise funds for extra support for school activities, innovative teacher projects, performance grants, and scholarships. Aldine is one of the few large districts in Texas without a foundation.

it was explained that a foundation provides a vehicle for parents and businesses to continue to support the schools, after other relationships have ended, such as parental.

A district the size of Aldine could raise hundreds of thousands of dollars, a much needed fund source in the current climate of budget austerity.

The current ASF or Aldine Scholarship Foundation only raises scholarship money for students to attend Lone Star College, and does not fund the same types of projects.

The committee plans to meet monthly, organize committees to plan programs and fundraising on a long term basis. 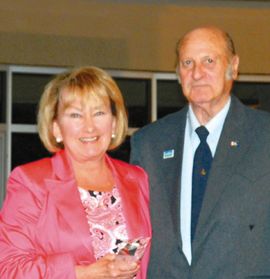 NORTHEAST – East Aldine District held their annual Strategic Partners Awards Reception last Thursday night, and recognized a number of community leaders that have partnered with the District to help them achieve their goals.

About 150 persons attended the event, which was held at the Greer and Lowdermilk Conference Center in Interwood.

Introductory remarks were made by the District CEO/President, David Hawes, and board Chairman Gerald Overturff. Emcee for the evening was HICC Chamber president Reggie Gray, who quipped his way through an enjoyable evening.

The evening started with the showing of the video “State of the District” made to review the progress EAMD has made in it’s ten years of existence. After watching the video, Overturff remarked about how he had spent all his life in Aldine, what a difference the District is making, and said “I just want people to be proud of Aldine.”

Awards were then presented. The top award went to Flor Rios, as Volunteer of the Year. Not only was she cited for a number of contributions she has made to district events, but also that her service typified what the District encourages and appreciates from its residents.

Some of the recipients made moving acceptance remarks, including Dr. Head for his interest in the community, Principal Blackwell on how outstanding MacArthur students have returned to be teachers, and Commissioner Morman, in a recorded video, on how he looks forward to interacting with his new neighborhoods in Pct. 2.