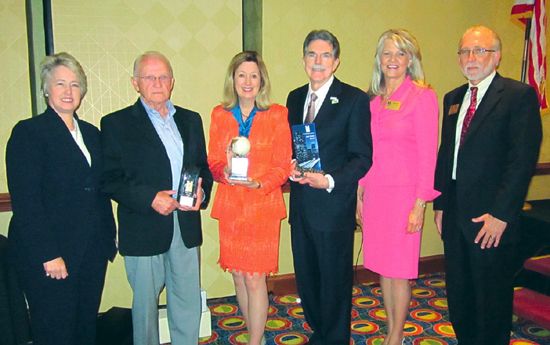 NORTH HOUSTON– City of Houston Mayor Annise Parker was the keynote speaker at the North Houston Association (NHA) Annual Awards Luncheon on Thursday, May 17, 2012. In addition to participating in the awards presentation ceremony, Mayor Parker received a special cake in honor of her birthday.

The following awards were presented by Chairman Mark Froehlich, Brown and Gay Engineers, and others during the luncheon:

On behalf of NHA, Mayor Parker presented The Visionary Award, a special one-time award, to Jack Drake, President of the Greenspoint District, and member of the NHA Board of Directors. This special award is presented to an outstanding NHA member for initiatives, leadership for those initiatives, and for an innate ability to empower leaders and inspire action that benefits the entire Houston region.

The North Houston Association is a non-profit organization that identifies, advocates and supports projects and initiatives which advance the business environment and improve the quality of life in north Harris and south Montgomery counties. 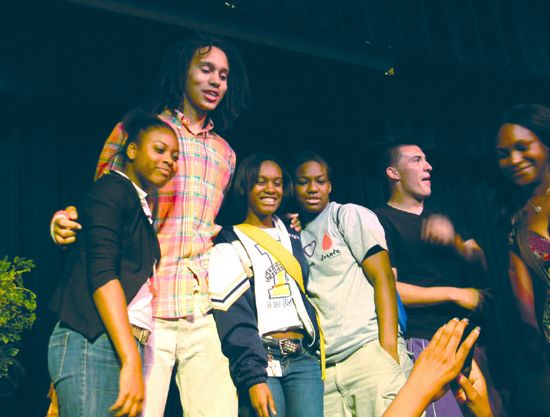 Brittney, a 2009 graduate of Nimitz Senior High School, was honored for her accomplishments in leading Baylor University to a 40-0 record and the 2012 NCAA Women’s National Championship.

Brittney gave an “honorary” key to the school and addressed Nimitz students on college life, preparing for college academics, the Final 4 and what it has meant to be named the 2012 National College Player of the Year.