Scenes from my aunt’s house

One tree in the front yard, or two? Wood siding, or brick? Have I ever even set foot in the backyard?

These questions roll through my mind during the drive to Dallas. Its been over 10 years since I last visited my aunts house, but 4 short hours later, here we are. The front walk is like memory lane, leading me to answers I didnt realize I had forgotten.

Im 7 years old, sitting at the dining table, legs tucked underneath me. I hold out one finger, my body tensed in fear of being bitten. Inside a brass cage, yellow and blue feathers rustle, punctuated by twin chirps. My aunt opens a little door and slips her hand in. Next thing I know, tiny claws are dancing across my pointer finger. I relax and smile.

Im 9 years old, playing Hearts on my laptop. My cousin, older and wiser, leans over and shoulders me out of the way. Have you heard of an mp3? he asks. As I shake my head, he is already typing and clicking and downloading a few things from his server at MIT. Its the future of music, he assures me. Soon we are listening to some song called “Sweetest Thing” by some band called U2 on some program called Winamp. Impressed, I nod to the beat and try to sing along with the chorus.

Im 10 years old, knocking tentatively on my cousins bedroom door. He doesnt say to come in, but he doesnt say to go away either. I close the door softly behind me. Hes sitting on the bed, face red with anger, eyes wet with tears. I sit down on the floor in front of him, but he just keeps staring hard at the opposite wall.

After several minutes of silence, I ask if he wants to play Connect Four. He still doesnt say anything, but he scoots off the bed and slides the board game out. Were dropping our red and black checkers into place when his father comes in to apologize. But he never actually says hes sorry. He just holds his arms out and waits. They hug silently, my cousins small body stiff, my uncles hand heavy on his back.

Im 12 years old, up late for no real reason. While the rest of the house sleeps peacefully, my typing fills the darkness. A childhood friend is teasing me over chat, but I feel something else coming. Something exciting and frightening.

Joy, regret, and panic churn inside me. With tears in my eyes, I type, Im sorry. I hit send. I sign off.

I dont sleep that night.

Im 26 years old, sharing a mattress with my mother. In the morning we wake to soft light filtering in through the windows. Still half-asleep, we stay in bed, lying on our backs and talking. Catching up, sharing stories.

Memories layer one on top of the other, new on top of old, hers on top of mine. Its been over 10 years since I last visited my aunts house, but pieces of me linger, hanging on the walls next to the photographs. I collect them now, questions and answers no longer forgotten.

One tree. Brick. Still not sure. 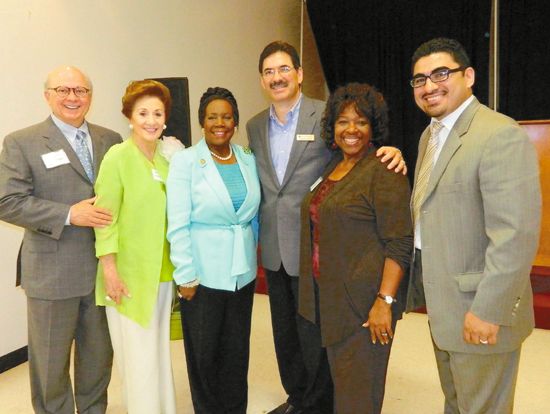 ALDINE– After 22 years of service to her community, almost single handed at times, Aldine YOUTH Founder Sylvia Bolling had more than 100 helpers attend a “transformation” ceremony last Wednesday. The nationally known service agency Buckner International and Aldine YOUTH have completed an affiliation, making YOUTH’s programs part of its service to the Houston area.

Buckner is headquartered in Dallas, but has had a presence in Houston since 1955, with a retirement facility now known as Parkway Place in West Houston. Buckner was formed 133 years ago.

In his welcoming remarks, Albert Reyes, president of Buckner, said “The goal and mission of Buckner is to transform the lives of people we serve,” and noted that YOUTH has been doing this in Aldine for 22 years.

Like Buckner, YOUTH is a faith based, Christian organization. With 28 programs to offer, YOUTH serves 5000 households in the Aldine area. Bolling said “You must heal a family to help a child.”

As part of the presentation, Bolling performed a sign language number, “His eye is on the Sparrow.”

Volunteers and supporters were welcomed and thanked by Bolling, and board chair Mark Rome. It was noted that Martha Turner and husband Glen Baugus had been instrumental in introducing Buckner to Aldine YOUTH.