Encounter planets, stars, and other celestial bodies from a vantage point free from light pollution with the help of the North Houston Astronomy Club. Participants are encouraged to bring binoculars or a telescope. All ages. Reservations required beginning Wednesday, August 1. Free

Sing or strum along with the Second Sunday Pickers as they enliven second Sunday afternoons in the nature center. Bring an instrument and join in or sit back and let them entertain you. All ages. Free.

Explore the Spring Creek Greenway Trail on a cart tour designed especially for people with disabilities and focusing on the parks natural history and beauty. Ages 55+ or persons with disabilities. Reservations required beginning Wednesday, August 8. Free.

Helping injured and orphaned animals can be challenging in urban neighborhoods. As licensed wildlife rehabilitators from the Wildlife Center of Texas introduce several animal ambassadors for education, learn how to render aid and coexist with wildlife. All ages. Free.

Jesse H. Jones Park & Nature Center, a Harris County Precinct 4 facility under the leadership of Commissioner R. Jack Cagle, is located at 20634 Kenswick Drive in Humble. All programs are free of charge and open to the public. Jesse Jones Park Volunteers (JJPV) welcomes applications from interested participants. For more information on the park or any of its programs, call (281) 446-8588 or visit the Jones Park Web site at www.hcp4.net/jones.

Rosen or Vara-Leija for Precinct 1 Constable, decision day is July 31 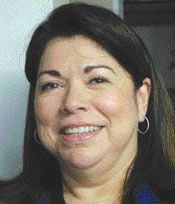 With former Precinct 1 Constable Jack Abercia out of the picture and facing federal corruption charges, candidates Alan Rosen and Cindy Vara-Leija will square off in the upcoming primary run-off with the task of restoring integrity to the office if elected in November.

After a close race in the May primary election, both candidates are gearing up for an even closer run-off election which will take place July 31. The May primary saw six democratic candidates compete to face the only Republican candidate, Joe Danna, in the November general election.

“This is an election that’s going to be decided on very few votes  probably less than a hundred,” Vara-Leija said.

While the candidates have their unique priorities, both expressed a paramount need to bring integrity and accountability to the

Constables office with ethics training for the entire staff, and a similar need to end the culture of pressure and intimidation that ran rampant under the Abercia era.

Rosen and Vara-Leija have gathered strong endorsements for the position with Vara-Leija gaining support from the Houston Chronicle among others, and Rosen from three of the four other Precinct 1 Constable candidates among others.

Rosen has 21 years of law enforcement experience and is currently a major and commander of the Special Operations Bureau in the Harris County Sheriffs Office. Out of those 21 years, Rosen has spent 12 years working in the Constables office, with four of those years spent in Precinct 1.

He has a degree in Criminal Justice from the University of Houston.

If elected, Rosen said one of his main focuses will be implementing a “stringent code of ethics” and providing training in multiple areas for the entire staff.

Rosen said he plans to hold a public forum every quarter and send out newsletters to encourage transparency within the Constable’s office. His other areas plans include integrating the Houston Police Department and Constable’s office radio systems and bringing the Constables office up to date technologically.

To deal with budget constraints, Rosen said he will recruiting and utilizing peace officers to expand the workforce and increase law-enforcement presence at zero cost.

Rosen himself has drawn criticism himself for not explicitly disclosing that he works as a reserve officer and that he has spent the majority of his career as a reserve, although Rosen said this is only indicative of his dedication.

“I think that says Im the most committed person to doing this practice,” Rosen said. “In criminal warrants, under my leadership, they went up 184 percent. We have an 84 percent capture rate in the child predator apprehension team. These are things I’ve done and I’m not getting paid for it.”

According to the HCSO website, reserve deputies are part-time officers who “have the same training, legal authority and responsibilities as full-time HCSO deputies, except that they volunteer their services and are not monetarily compensated.”

As an “outsider,” as he refers to himself, Rosen said he will use his experience at the Sheriffs office to “bring fresh ideas” to the Constable’s office.

Vara-Leija said one of her main priorities if elected Constable would be to reassess and restructure the department to see where employees fit the best need, particularly in light of tighter budgets.

“We have to look at the department from the top to the bottom to see where our resources are going,” Vara-Leija said. “That’s exactly why I need to go back because I know exactly who does what and how they do it and where they best fit.”

Having worked in the Constables office for more than 28 years, Vara-Leija emphasized her experience as vital to the role of Constable. Vara-Leija, who is currently retired, started as a deputy in Precinct 1 before becoming a sergeant, and later being promoted to Captain.

Her other points of focus would include creating a citizen’s advisory council to bolster communication between the community and the Constables office, increasing collaboration between different law enforcement agencies, and hiring more diverse, qualified employees to reflect the Precinct 1 population.

Although her tenure under Abercia has drawn criticism from weary voters, Vara-Leija, who retired months before Abercia stepped down, said she was never privy to any of the conversations revolving the alleged abuses under the former Constable.

Her experience as an “insider” in the Constables office has gained her support. According to the Houston Chronicle endorsement, “Vara-Leija, in particular, has been on the inside, and understands the urgency of changing this system.”

“I’ve seen the way it was done in the past, knowing that is wasnt right, but as just a sergeant, or a captain or deputy, my voice didnt carry,” she said. “But [as Constable] I would be in a position to change things, to make it a premiere law enforcement agency.”

For more information on the candidates’ campaigns, check out their websites at: