To Russia with love

Michael* and I went to school together for a decade  middle school, high school and even college  but we were mostly acquaintances who rarely talked. It wasnt until two years after we got our diplomas that Michael and I really connected, when he asked me one day about a picture on Facebook from a recent trip I had taken.

From there, we started talking, and our conversations quickly grew more personal, philosophical and profound. We began to meet over tea, then dinner just to talk. In just a couple of weeks, we had become true friends and surprisingly close.

During that brief time, I received and accepted a job offer in New York City, giving me only one more month in Texas. Normally, I would have found it silly to continue a relationship with someone when I was on the verge of leaving, but Michael insisted that we should make the most of whatever time we had left together. So we did.

I dont think Michael will ever know the impact he had on my life. Perhaps part of it was the timing: I was graduating, growing up, and taking that large step of moving to a different city. Life was messy and thrilling, and I thought, how lucky I was to find a friend who understood my messy, thrilling self. Through the chaos, that enormous transition, Michael was there to offer calm and practical guidance. He never attempted to solve my problems, but he listened as I rambled on, confused and overwhelmed by all the possibilities in front of me.

Of course I also had my wonderful family and best friends, who have always provided me with support and love. But looking back, I believe I was supposed to grow close to Michael at that particular time in my life, a time when everything was changing. He opened my eyes with a fresh perspective to help me navigate.

Thanks to Michaels different way of thinking, I started to understand multiple sides of a situation and became more open-minded. I tried to step outside the borders of my cookie-cutter life, and I even learned to embrace my mistakes  because, as Michael convinced me, they can help shape you into a better person if you make the most out of them.

After I moved to New York, Michael and I talked less and less. We went from phone calls to emails to eventually just text messages a few times a month. Recently, through one of those texts, Michael informed me that he would be moving to Russia  a dream of his  where I know he will flourish, after a roller coaster career in Texas.

I wished him well and meant it  hopefully conveying my hope, love and excitement for him  but I am unable to hide the sadness in my own heart at this new chapter in his life. We have grown further apart with time, and the physical distance will only deepen the space that separates us.

No matter what happens, Im grateful for the impact Michael has had on me. He supported me during a critical time in my life, and now I have the opportunity to do the same for him. Maybe well go back to the edges of each others lives, the way we were for so many years in school, but we will always have the memories of a closer time.

*Name has been changed.

Best friends Kristan Hoffman and Angie Liang both grew up in Houston and interned for the GrafikPress newspapers. Now Kristan lives in Ohio and writes novels, while Angie lives in New York City and works in market research. You can email them at JBUcolumn@gmail.com. 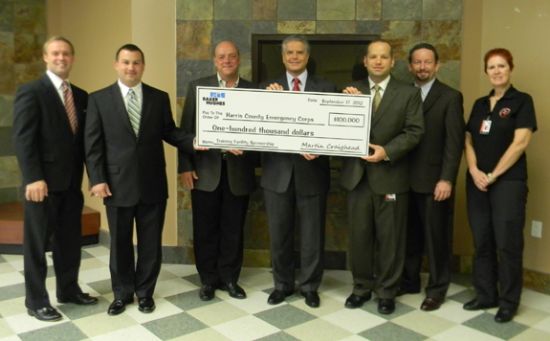 “We feel this is a worthy cause and an important investment in safety. At Baker Hughes, our employees are passionate about protecting their own safety and looking out for their fellow workers and citizens,” said Gerald Crader, Baker Hughes’ Vice President of Finance. “We believe this gesture and contribution will have a tremendous impact in one of the many communities where we live and work.”

The Education Center will be located at HCEC’s headquarters at 2800 Aldine Bender Road in Houston, Texas. The center will be used to educate HCEC and other local paramedics on new advances in prehospital medicine. It also will serve as a center for community education initiatives, such as community CPR, first aid/safety courses, and local community emergency response team classes.

“One of our Corps’ values is stewardship,” said Jeremy Hyde, President of HCEC. “Part of being a good steward is being a good community partner. We believe this new Baker Hughes-HCEC Education Center will serve as a great place for community members to learn about our organization and also learn important skills, which may make the difference between life and death.”

HCEC and Baker Hughes first began collaborating when Baker Hughes approached HCEC regarding training for its medical first responders for its Rankin Road campus in northern Harris County, Texas. That grew into training opportunities for other Baker Hughes facilities and mutual collaboration on community initiatives, such as this new Education Center.

HCEC is a nonprofit, EMS provider in Harris County, Texas. The Corps primarily provides 911 responses to emergency medical calls to citizens of Northern Harris County and responds to approximately 18,000 calls for service each year (www.hcec.com).