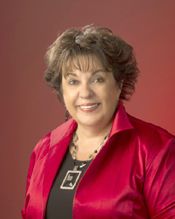 Keynote speaker Phelps shares her success story as a single mother of three. Her insight as an educator provides testimony to the difference a parent can make in a child’s education.

The event includes lunch and a parent resource fair. Tickets are $35 with discount available for students (with ID).

About the Cooperative for After-School Enrichment, or CASE: CASE, a division of Harris County Department of Education, provides and supports after-school programs in 100 after-school sites in greater Harris County for over 12,000 students in grades pre-k through 12. Access www.after schoolzone.org for more information.

END_OF_DOCUMENT_TOKEN_TO_BE_REPLACED 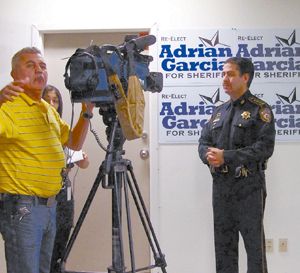 Early voting finished last Friday, and according to Harris County Clerk Stan Stanart, almost two-thirds of the voters that are anticipated to vote in this election have already done so, through Early Voting and Absentee Balloting. This amounts to about 700,000 votes, he said. The rest of the voters will exercise their choices on Nov. 6th, Election Day. The polls will be open from 7 am to 7 pm. Stanart urges everyone to check their polling location before going to the polls, because he said that about 20% of the locations have changed this year, due to redistricting by the state legislature last year.

The ballot this year is long and complicated, with a number of national and local candidates, and many bond issues and referendums included for some or all areas of the county.

This is of course a general election, set for Tuesday, November 6th from 7 am to 7 pm.

National candidates will include a U. S. President, either Democrat Barack Obama or Republican Mitt Romney. Their running mates are Joe Biden for VP, or Paul Ryan. Also running are Libertarian Gary Johnson and Green Party Jill Stein.

For U. S. Representative in the 18th Texas District, the incumbent Democrat Sheila Jackson-Lee will face either Republican Sean Seibert or Libertarian Christopher Barber. In the last election in 2010 Jackson-Lee received 70% of the vote.

For U. S. Representative in the 29th District, incumbent Democrat Gene Green has no Republican challenger, but faces opposition from Libertarian James Stanczak, and Green Party’s Maria Selva.

In State Senate District 6, Mario Gallegos Jr. was running against Republican R. W. Bray. However, Gallegos died on October 16th of complications of kidney disease. Due to the timing, his name is still on the ballot. If he collects the most votes, the Governor is expected to call a special election. In that case you might see the name of former County Commissioner Sylvia Garcia on the ballot, or State Representative Carol Alvarado. However, if Bray wins there will not be any need for a special election, he will have the seat. In State District 13, incumbent Rodney Ellis is running unopposed.

For County Attorney, incumbent Democrat Vince Ryan faces Republican Robert Talton. Ryan has been active recently in filing lawsuits against environmental polluters, and sexually oriented businesses. Talton’s campaign, and that of judicial candidate Bud Wiesedeppe, have received donations from several of these businesses associates, it has been learned, apparently hoping to unseat Ryan.

For Harris County Sheriff, incumbent Democrat Adrian Garcia faces Republican Louis Guthrie and Green Party Remington Alessi. It was recently revealed that the owners of the Treasures Mens Club gave a large donation to the Harris County Deputies Organization, which then donated the money to Guthrie’s campaign, raising ethical and legal questions that have yet to be answered. Also, others associated with the Treasures Club have donated directly to several

School Board Election for North Forest

An interesting local race will be for positions on the North Forest School Board. For Position 4, Thaddeus Seals is running unopposed. For Position 5, the incumbent Albert Coleman is running against two opponents, Linda Bell Robinson and JoAnna Love Casey. North Forest is continuing in its efforts to remain independent and satisfy the criticisms of the Texas Education Agency.

Also on the ballot will be a METRO referendum to choose how the 1 cent sales tax is used. A vote FOR this proposition will mean that the money will continue to be divided between local municipalities, including Houston, for road improvements and mobility projects, in addition to the money that METRO gets for buses and debt reduction. A vote AGAINST this proposition means that the total amount of money goes to METRO, for use in all their projects including light rail.

The City of Houston will have two Propositions regarding revisions in wording of certain laws. More importantly they will have 5 Propositions, A to E, regarding issuing of bonds to pay for public safety facilities, parks, public health, libraries, and housing. They state that this money is needed to keep facilities up to date and to meet new demands from a growing population. They claim that no additional taxes will be required to meet these bond obligations, although the language of the propositions does say that new taxes can be levied.

Houston ISD will have a proposition asking to authorize bonds for construction totalling $1.89 billion dollars. This is to bring secondary and high schools up to date, add on to some, and give overdue maintenance to many of the schools.