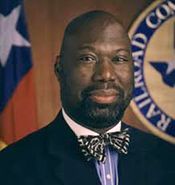 Williams based his decision on the district’s continued poor academic performance over the past year as reflected in its low high school completion rate and poor performance on statewide assessments.

“The decision to close a school district is a tough decision for all involved but we can no longer be tolerant of chronic underperformance,” said Commissioner Williams. “My recommendation is based on the district’s poor performance over the past year, which is reflective of a familiar pattern of failing to meet student needs over decades.”

In May 2012, NFISD appealed a decision to revoke the district’s accreditation. That appeal was denied. However, NFISD’s closure and annexation was abated for one year to allow the district the ability to demonstrate improvement. Certain conditions and requirements were set.

Among the conditions, NFISD was required to achieve an acceptable rate of improvement or a 75 percent completion rate for the 2011-2012 school year (class of 2011). The district has historically underperformed in this area. The completion rate is made up of the percentage of graduates and students who continue in high school for a fifth year.

NFISD was also required to improve its performance on statewide assessments. The district performed poorly on the statewide assessments – Texas Assessment of Knowledge and Skills (TAKS) – administered in the 2011-2012 school year. TAKS test scores for the 10th and 11th grade mostly declined or remained the same in all subject meters tested.

The Commissioner’s recommendation to close NFISD and annex it into HISD will now go to TEA Chief Deputy Lizzette Gonzalez-Reynolds, who was designated by the previous commissioner in 2012 as TEA’s final decision maker in this matter. If Reynolds approves the closure, the U.S. Department of Justice must pre-clear the merger with Houston ISD.

The North Forest ISD has ten days from today’s notification to request a re-opening of its record review for the limited purpose of determining the district’s compliance with the terms and conditions of last year’s order. In addition, NFISD can ask the State Office of Administrative Hearings to review this decision. If all legal hurdles are cleared, the merger with Houston ISD would be effective July 1.