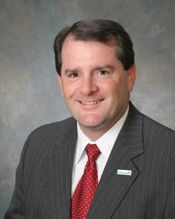 A 13-year employee of the Greenspoint District, Lowry served as executive vice president and chief operating officer prior to accepting appointment as president. Lowry joined the District in 2000 as director of Public Safety.

While carrying out his Greenspoint District duties, Lowry created and served as the first executive director for the District’s foundation, Greenspoint Community Partners. Established in 2004, GCP is a nonprofit focused on gaining support to increase and expand District programs related to public safety, beautification, and recreational development.

Lowry is an appointee of Governor Rick Perry to the Texas State Jail Standards Commission. Actively involved in the community, Lowry serves on many boards and councils including the Amegy Bank Advisory Board, Lone Star College System Chancellor’s Global Advisory Council, Aldine Independent School District Superintendent’s Business Advisory Council, and North Houston Association Board. He is past chairman of the North Houston Greenspoint Chamber of Commerce (now named the Houston Intercontinental Chamber of Commerce). 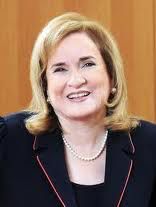 Unofficial results show that Garcia had 53% of the votes, or 9582 votes, while her opponent State Representative Carol Alvarado received 47% of the vote, or 8514 votes.

The election was considered a close race, and many thought that Alvarado would win, due to endorsements that included the Houston Chronicle and the Gallegos family, with a deathbed wish from Gallegos himself endorsing Alvarado.

However, Garcia worked hard and spent quite a bit of money to win over voters, and she had a much broader name recognition from her terms at County Commissioner for Precinct 2.

Garcia’s strongest campaign promise was to stand up to Governor Perry on education and healthcare matters. She portrayed herself as a fighter on behalf of the average citizen.

Alvarado on the other hand said she was able to accomplish more in the legislature because she could work “across party lines” and knew from her experience as a state legislator how to file bills and “be effective and get something done.” She pointed out that she had a close relationship with her district, and had spent much time in her 10 years in office developing relationships with citizens, and promoting issues they care about, such as senior citizens, and education.

The campaign also turned negative in the latter weeks, with both candidates running TV ads criticizing the other. Alvarado insinuated that Garcia benefitted herself and her associates with favored contracts. In turn, Garcia criticized her opponent for siding too often with Perry’s conservative policies, cutting budgets for healthcare and education.

After certifying the results and being sworn in to office in Austin, Garcia will join Harris County delegates in the current legislative session. She has criticized the governor for delaying this election to a late date, making her participation less effective.