Returning to Our Family’s Homeland 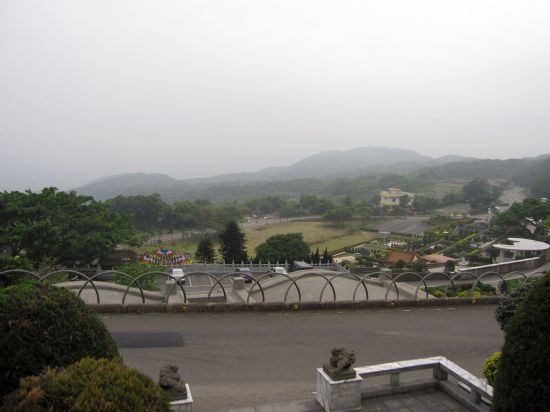 A decade has passed since I last saw Taiwan, the island country where my parents are from. They spent their childhood until their early 20s there, before moving to the United States to advance their education and start a family. They have now lived here longer than theyve lived in Taiwan, but as much as they love Texas and consider it home, I know how important their native country is to them.

Every few years when I was growing up, my parents would take my sister and I back to Taiwan to learn about their homeland and to know our family. We always stayed in the apartment of my puopuo (grandmother on my moms side), where she cooked with my aunts and spoke with a heavy accent. I often had to ask my mom to clarify her mothers Chinese, but there was one thing I always understood: puopuo sweetly calling me by my middle name, Yen Tzu, and reminding me how good and wonderful I am.

One time I left my beloved teddy bear in her bed and flew back to Texas without it, crying. She assured me over the phone, Yen Tzu, do not worry. I will watch him closely and take care of him until you return.

I did return to see puopuo and collect my bear, but years later as an adult, I slowly started turning away from Asia and what I knew. When I first tasted the freedom of traveling on my own, I choose to explore the unfamiliar  such as Europe  wanting to create new, amazing personal experiences.

Over the years, my family has visited Taiwan several times without me. While I always wished I could go too, I never felt too much urgency, assuming there would be other opportunities. It was not until the beginning of this year, when my mom called me to say that puopuo had a stroke, that the need to return filled my entire being.

Unfortunately Puopuo passed away a few weeks before we arrived. (Fortunately my cousin had recently given birth to a beautiful and healthy baby girl, and puopuo had been smiling about this news before she passed.) So I was finally back in Taiwan, heavy with mixed emotions, missing the one person I wanted to see most. There was grief for my beloved grandmother, guilt for having waited so long to return, and curiosity to rediscover a part of me, to see where my parents grew up and how it had changed.

In the next JBU columns, I will share some of my thoughts and experiences in Taiwan. This beautiful country is full of wonderful sights, food and, for me, family. I know puopuo was proud as she watched all of us return, pay our respects, and explore our familys homeland.

North Forest ISD continued its battle last week to remain open and not be annexed by Houston ISD, as ordered by the state Education Agency. In the latest round of events, Judge Jon Wisser of the state district court in Travis County issued a TRO, or Temporary Restraining Order, against Education Commissioner Michael Williams and his deputy, Lizzette Reynolds. This TRO said that the TEA must cease all annexation actions until a court hearing in 14 days, on June 13.

In previous actions, NFISD attorney Chris Tritico lost one round of arguments with the SOAH, or State Office of Administrative Hearings, who issued a ruling on Friday, May 24 affirming the actions of the TEA, or Texas Education Agency, in ordering closure of the North Forest District and annexation by the Houston ISD.

North Forest responded to this ruling with a statement from the Superintendent Edna Forté’s office, saying “although the district was unsuccessful, …we continue to hope for a positive outcome. We have filed an appeal with the U.S. Department of Justice.”

However, Tritico is known for his willingness to fight for a cause, and by Tuesday of last week, he had received word that the federal Department of Justice, which must rule on the TEA actions in conformity to the Voting Rights Act of 1965, wanted additional information from TEA on how HISD would redraw its boundaries to encompass North Forest students. Tritico and North Forest ISD interpreted this as a positive sign in their battle to remain open. HISD, through its attorney David Thompson, could not give a definitive answer, saying the drawing of boundaries was premature.

In an interview at the beginning of the week, Commissioner Williams indicated that the annexation was proceeding toward the scheduled closure and merger on July 1st. Now it remains to be seen, whether the TRO will have an effect on this date. TEA spokesperson Debra Ratcliffe indicated that the agency was surprised at the request from DOJ, indicating that in previous cases where they closed a district, no additional information was requested.

It seems that the Houston ISD is proceeding with preparations for the annexation. In a prepared statement, spokesperson Jason Spencer said “The Houston ISD is not a party to the litigation involving the North Forest ISD and the Texas Education Agency. HISD will continue to plan and prepare to implement Texas Education Commissioner Michael Williams’ order to annex North Forest effective July 1, unless that decision is reversed by a court of law.”

In fact, HISD has been holding job fairs and information meetings, in preparation for hiring and staffing the schools it will use to serve North Forest. However, HISD superintendent Terry Grier has only promised to keep open North Forest High School, and has not given any indication what other plans he has for existing schools.

Commenting on the TRO, attorney Tritico said “There have been illegal actions by the Commissioner and his appointees throughout this process. The law does not permit the government to manipulate the law to accomplish its own ends. Today is a major step in ensuring the continuation of the North Forest School District.”

Tritico pointed out that North Forest is a small community of 250,000 and merging it into Houston’s 3 million would dilute the voting strength of it’s minorities. It is this type of argument he feels will convince the DOJ to disallow the annexation.