The Tastes of Taipei 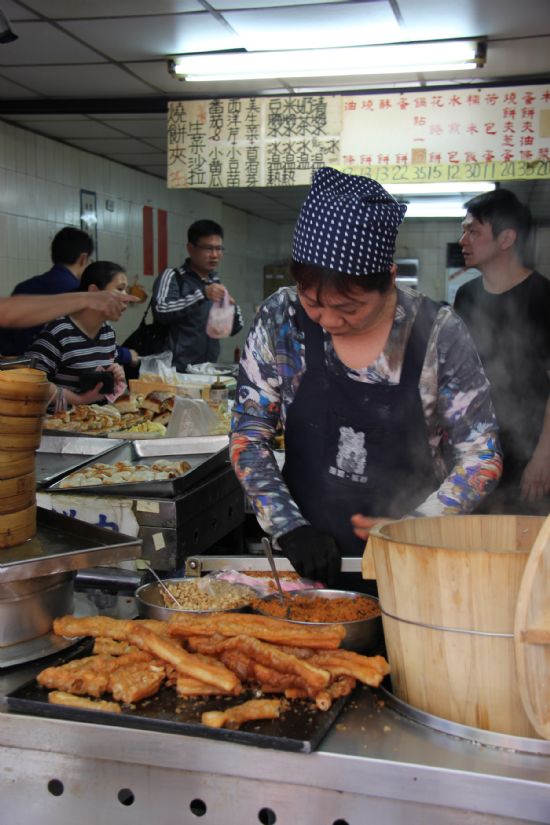 Though Asia has a reputation for being inexpensive, the truth is that prices for most things in Taipei were not that different than other cities. The food, however, was phenomenal and a bargain.

For breakfast my mom and I typically went to a stall in the food market, where the line was constantly out the door. They served the traditional greasy carb breakfast: fried pork buns, vegetable onion buns, lots of different types of dumplings, fried breads, and beef sandwiches. Of course, as any Chinese person can attest, you must have doufu nao (soft tofu soup), but its your choice between salty (my pick!) or sweet. No matter what we selected, my mom and I always arrived hungry and left happy.

My grandmothers housekeeper also shopped at the food market early each morning to buy groceries for our lunch or dinner. I trailed behind her with my camera to capture the daily produce, which included not just vegetables, but also lots of seafood: seaweed, clams, shrimp, sea bass, and more. As part of every meal, she would pick indigenous fruit that could not be purchased in the U.S., such as liuwen (known as wax apple) and bali (a native guava). With these fresh ingredients, she prepared feasts for our family, often using my grandmothers recipes. One popular Taiwanese dish is a thinly-sliced braised beef shank, served cold. She made it everyday for us because it was a favored treat.

When visiting Taipei, eating at a night market is a must! The streets are packed, and you shuffle along the herd of people with no personal space. When you find a food stand you must try, you crowd around and order. My cousins and I went to Raohe Street Night Market, sampling the most infamous dish, stinky tofu. (I still am not a fan.) We washed down the tofu with corn that was prepared like a blacksmith molding iron, fried Japanese octopus balls, and Asian pastries with red bean or ice cream. However, we shied away from the grilled crustaceans. Everything at the night market is cheap, which makes for a filling second dinner.

Before leaving Taipei, I went by Chia Te Bakery to buy their famous pineapple and cranberry cakes to share with friends back in the U.S. The ones baked in Taiwan are much better than the packaged supermarket kind, and Chia Te is considered the best. Lucky for me, I could walk there from my grandmothers home. Every mouthful of the buttery soft crust, and the sweet-and-tart combination filling, was heaven.

Id like to think my puopuo is enjoying a few Chia Te cakes in heaven as well. While it look grief and sadness to bring our family all together again, we celebrated her life and our bonds during this short trip to Taiwan  smiling up to the sky.

METRO plans to use New Small Bus on 59 Route 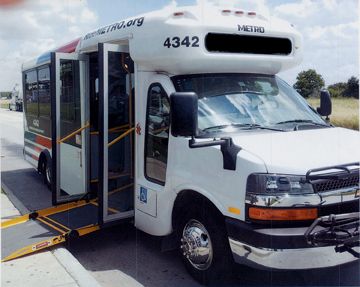 NORTHEAST – METRO met with the East Aldine District at the beginning of June, and outlined planned changes for the Route 59 line which now transverses Aldine Mail Route hourly during weekdays.

A major change will be the use of smaller buses, allowing the cost of running this route to be reduced. Current buses are 47 passenger, more than needed to carry the daily boardings along this route. The new buses will be much smaller, carrying only 12 passengers plus 2 wheelchair positions, but will have the improvement of no internal steps. METRO will put these buses into service on Route 59 on August 25th, according to their spokesperson, Karen Marshall.

METRO now runs a fleet of 1230 full size buses, and will add 40 of these new smaller buses on various routes.

The East Aldine District has been providing a subsidy to METRO for the last year, of $30,000, to insure that this vital bus service continues for the community. Their 2013 budget includes a continuation of the subsidy, according to EAMD president David Hawes.

However, METRO has indicated that their goal for this route is 315 daily boardings, and to date the average boardings have been 242, according to METRO’s Jim Archer. When calculations for the new smaller buses are considered, it may be possible to reduce the required boardings, and eliminate the subsidy. The ridership trend is up, the working group noted, with 268 boardings in March and 259 in April of this year.

A bus line on Aldine Mail Route is not only a convenience for shoppers, students, and residents going to work, but is also a necessary component of future plans for developing a Town Center with a Lone Star campus, it was noted by the committee.

METRO is currently re-examining their total system concept, and route structure, in an event termed “Re-Imagining.” They scheduled a work session in June for this topic. A previous session was held on May 29th for this plan. The goal is to write a new 3-Year plan that would reestablish goals, routes, and equipment solutions for the movement of people in the Greater Houston area. The Re-Imagining study starts with a “blank-slate” according to METRO, and will design a regional transit system from the ground up. Options to be explored include streetcars, commuter rail, light rail, improved bus service, bus rapid transit, and HOV/HOT lanes.

As part of their outreach program to the rider public, METRO will be appearing at local events such as the Back-to-School event August 10th at Greenspoint Mall, and a Fall Fest by East Aldine District, scheduled for October 17th at Crowley Park. The community outreach officer for METRO is now Meredith Alberto. You may also contact the East Aldine District for information. 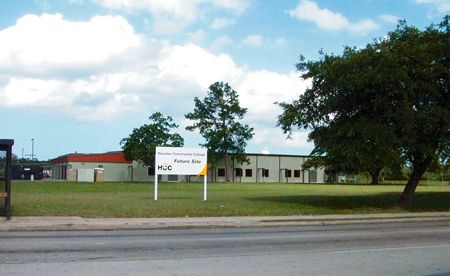 Houston, TX [June 20, 2013] – In the fall, the current Houston Community College North Forest Campus located in Forest Brook Middle School at 7525 Tidwell Road will relocate to a newly renovated space at 6010 Little York Road. This new space is the former administration building for North Forest ISD which has been ordered by the state to annex to Houston ISD by July 1st of this year.

The new space increases HCC’s capacity to grow in North Forest and will provide more career program offerings, services and community activities. In Phase I of the renovation, a portion of the building is being remodeled to accommodate classrooms, study space, student services and a small business incubator. In the future, the remaining portion of the building will be remodeled to offer high demand training programs, adult education and student support services.

The move to the new location provides students with more parking and ease of access in an adult learning environment. Classes currently offered at the

As the HCC Northeast administration and staff persist in planning and implementing new programs and services, the College will continue to have open dialogue with the community through public forums and advisoryboard meetings.

The new campus will serve as an anchor for educational opportunities in the North Forest community.

The HCC North Forest Campus offers full-day services and provides the community with academic and workforce training during the day,evenings and on Saturdays.

For the latest information on the HCC North Forest Campus move, class offerings or registration requirements, call 713-718-8300 or visit northeast.hccs.edu.