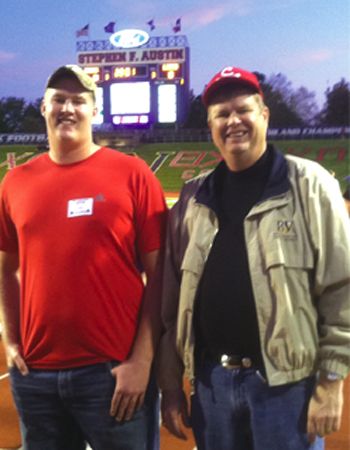 In 2012 with only two months before the 6’9” 289-pound Cody Stephens was slated to join a college football team, he sat down to rest and died of sudden cardiac arrest. He was 18 years old, and he would have received a required EKG by his college football team, a procedure which might have identified his heart problem.

From the 2,216 completed ECGs, approximately 4.5% of the students required additional follow up as directed by the cardiologists.

This year in honor of Rep. Sylvester Turner carrying the bill known as Cody’s law (HB 1319) in 2013 and again in 2015 the Cody Stephens “Go Big or Go Home” Memorial foundation will screen Aldine ISD’s 5 high schools at the Campbell Center with free ECG’s.

“We are hoping to screen about 750 student athletes on the second anniversary of Cody’s passing. Please consider joining us as we press forward to having ECG’s a routine part of sports physicals,” Scott Stephens said. “No better way to honor Cody’s legacy and Rep. Turner’s efforts than by having the largest one day screening ever held in Texas.”

For more information about Scott Stephens’ efforts, including House Bill 1319 from the 2013 session, please go to CodyStephensfoundation.org.