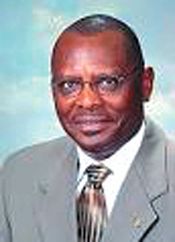 Aldine ISD Board of Trustees Member Dr. Alton Smith has announced his intention to step down from the board later this fall in order to serve on the Lone Star College System Board of Trustees.

The Aldine Independent School District Board of Trustees is accepting applications from those interested in serving the remainder of Dr. Smith’s elected term, which expires after the November 2015 election.

Copies of the application to be considered for appointment to the Aldine ISD Board of Trustees may be obtained in person at the office of Assistant Superintendent of Community and Governmental Relations Jason Spencer, 14910 Aldine Westfield Road, Monday through Friday from 8 a.m. until 4:30 p.m. You may also download the application at the district’s web site, www.aldine.k12.tx.us. Applicants must provide a resume, including their history of advocacy and community service. Completed applications must be delivered to Mr. Spencer’s office by 4 p.m. on Sept. 22, 2014.

Dr. Alton Smith, secretary, was named to fill the unexpired term of former Trustee Emmett W. Hill, who resigned in October, 2005, due to health concerns. Dr. Smith is a resident of the Inwood community and currently serves as Assistant Director of Human Resources Services in Klein ISD. Prior to entering the public education field, Dr. Smith spent more than 30 years in the private sector in human resources with Shell Oil Company. Dr. Smith is a member of various civic and professional associations and organizations.

His children are graduates of Aldine ISD schools and his wife is a former AISD teacher.