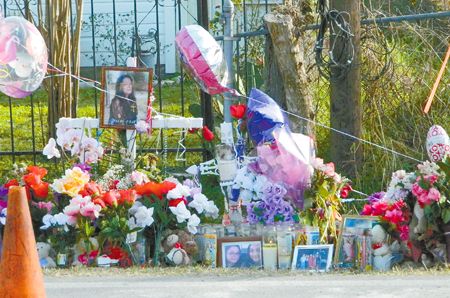 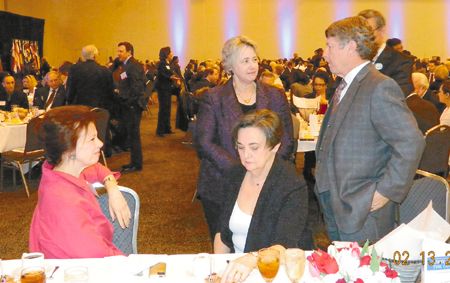 Harris County Judge Ed Emmett gave his 8th Annual State of the County presentation last Friday, at a luncheon at the NRG Center.

At least 600 persons were in attendance, at the luncheon sponsored by the Greater Houston Partnership.

Judge Emmett’s main message was that unincorporated counties like Harris must be recognized as urban entities, not rural, and that government must properly fund the services that they provide, and allow them the flexibility of manage the constantly changing face of the county.

He said “Within the changing framework of responsiblity created by the rapid ubanization of unincorporated Harris County, two particular needs stand out – indigent health care, including mental health, and transportation infrastructure. Both of these can only be addressed through more support from the State of Texas and through new strategies and partnerships.”

“In the absence of immediate governmental solutions, though, we will likely have to craft another approach. That approach will be built upon the drive and creativity of non-profit organizations that exist to make people’s lives better. As an example, Neighborhood Centers Inc. is now working with the East Aldine Management District to make a better community by making a variety of services available to the residents of the area. It is important that we support and strengthen such relationships.”

At this point, Emmett paused and asked Angela Blanchard of NCI, and Gerald Overturff and David Hawes of East Aldine to stand and be recognized.

Emmett said that healthcare and transportation issues remain the primary problems facing the county in the future.

Noting that the county is only a branch of state government, he said it was time for the Texas Legislature to consider establishing regional health care systems to replace the patchwork of local hospital districts and smaller public agencies.

He also called for renewed support for TransStar, the agency charged with transportation management in the region, but also the “premier emergency operations center in the nation.” The 20-year TransStar operating agreement among the four partners, County, City, TxDOT and Metro, expires in 2016.

Emmett concluded this year’s event by inviting the attendees to go across the street to the floor of the Astrodome, which turns 50 years old this spring. Emmett, the Urban Land Institute, and other leaders have called for conversion of the Dome into the nation’s largest indoor park.

“If we all pull together, the Dome can be a memorable site for some of the Super Bowl fans’ experience,” Emmett said. “It would be a shame to miss such an opportunity.” 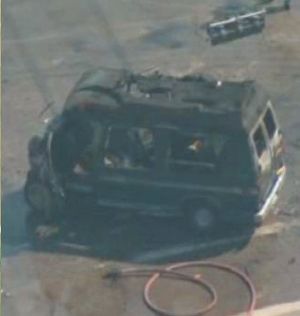 A METRO bus collided with a van in northeast Houston. The accident happened around noon last Thursday, February 12, 2015 at E. Crosstimbers and Hirsch.

According to investigators, the bus and the van were traveling in opposite directions on East Crosstimbers at the time of the accident. The van bursts into flames right after the crash, the driver and the passenger of the van were able to make it to safety before the fire.

Reports show that 16 people were taken to different local hospitals, 14 were bus passengers, the bus drive, and the van driver. All with minor injuries.