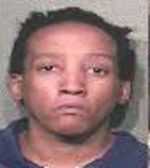 GREENSPOINT – A woman has ben charged with arson in a two-alarm fire last Tuesday afternoon, June 23 in Greenspoint area.

The apartment fire displaced about 20 families at the Sierra Countyards Apartment near Northborough Drive, just north of Greenspoint Mall.

Amber Benjamin is in the Harris County jail charged with arson.

The Houston Fire Departmen said the fire is connect to a domestic disturbance with her boyfriend.

The fire was declared under control at 6:12 p.m., one person was reported with smoke inhalation, but is expected to be ok.

The HFD’s arson bureau is investigating the case of the fire.