District may add a little color 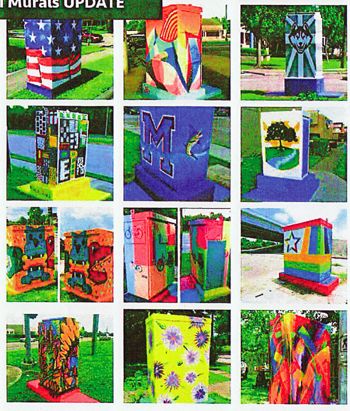 EAST ALDINE – At the last board meeting, East Aldine Directors heard committee reports on two proposals to add color and variety to the street scene in the District.

Landscape Consultant Kudela & Weinheimer’s Cathleen Lynch showed a display board, with pictures of metal banners that would hang in important intersections in the district.

She had a map identifying six locations. The banners are part of an on-going identity program to benefit residents and create a sense of “place.”

Also shown to the board was a report on a City of Houston project to paint Art Murals on traffic control boxes, adding color and personalization to the drab functional equipment.

The board did not take action on the reports, but referred them for study.

East Aldine District is studying two proposals to add color to the street scene in the District. You can voice your opinion on whether you like these:

❍ No, use the money for people & services.

❍ Yes, liven up the street scene with art on the traffic boxes

You may register your vote at www.nenewsroom.com, and see the results next week in the Northeast News.