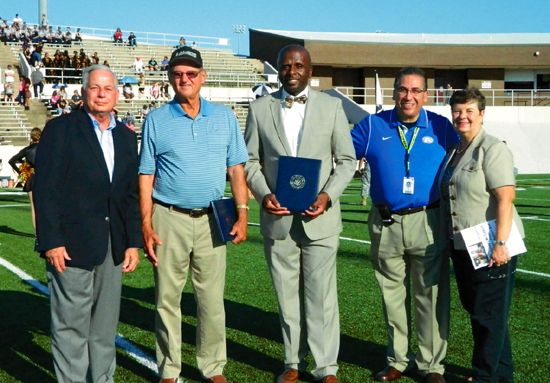 Twenty-five years ago, Bill Smith led the Aldine Mustangs to the Class 5A state title with a 27-10 victory over Arlington Lamar.

The state championship game capped a 15-0 season for Smith’s Mustangs and ESPN also named them the No. 1 high school team in the country after they rolled through their 1990 schedule.

Mustangs of every generation (former administrators, faculty, staff, students and fans) attended the celebration, which began at 4 p.m. with a tailgate in the West Parking Lot of Thorne Stadium, prior to the 6 p.m. kickoff of the Mustang’s game against Conroe High School.

Aldine ISD Director of Athletics Richard Delgado planned special festivities for Aldine High alums during the game as well as a special recognition at halftime.