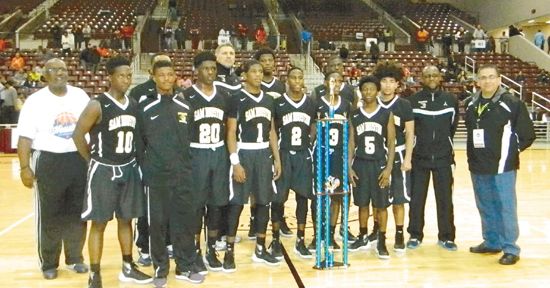 ALDINE – Thirty-two of the best teams in the area met over the Holiday break.

The winner in the final fame was the Sam Houston MSTC Tigers, defeating Beaumont Central 68-53. Central was ranked #7 in the state in the 5A division.

The tournament director was John Eurey, representing the Texas Superstar Foundation. He said this was the first annual Showcase tournament. It was held at M. O. Campbell Center, and three other high school gyms. Corporate sponsor for the games was Chick-fil-A, and Hilton Hotels.

In the final game, Sam Houston and Beaumont Central were fairly even in team play, with Sam Houston leading 34-28 at halftime. But in the second half, Sam Houston strengthened their defense, and went on a three-point offensive that increased their lead to as much as 15 points, which Central was not able to close the difference. Both teams played good basketball, and played hard, as a high foul count indicated.

In summary, Aldine Athletic Director Richard Delgado said it was a very successful tournament with 54 games over 3 days, and hundreds of attendees from four states. 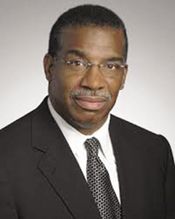 Harris County Pct. 1 Commissioner El Franco Lee died Sunday morning at 10 am from a heart attack, according to county authorities. Lee was 66 years old. He was pronounced dead at LBJ Hospital.